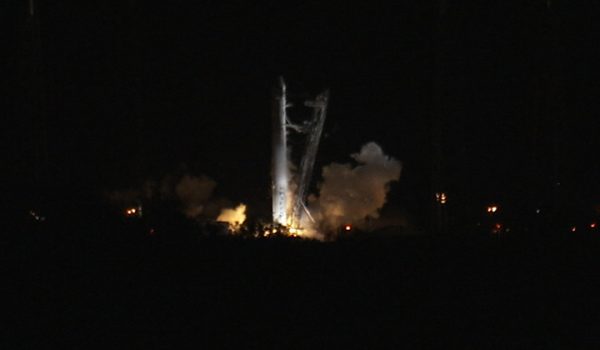 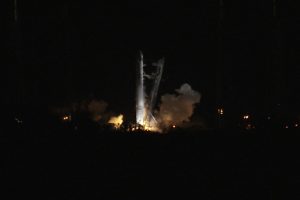 A faulty valve in engine 5 has been blamed for an above normal combustion chamber pressure that resulted in a last second automated abort of a May 19 launch of the SpaceX Dragon capsule aboard a Falcon 9 launcher. The valve has been replaced in preparation for a likely launch attempt May 22.

Although inspections will continue in the intervening time, the discovery of the faulty valve potentially paves the way for a launch in the May 22 window, which opens at 3:44 AM EST. A problem with the engine could have required its complete replacement. Although replacement could be executely fairly quickly using a second Falcon 9 sitting at Cape Canaveral, it likely would not have been ready by Tuesday. The pressure rise is similar to one seen in the first Falcon 9 launch in 2010 that resulted in a countdown recycle.

Although the abort was clearly a disappointment to all those who have been avidly awaiting the Dragon launch through its months of delays, experts in the launch business see it as something of a success. “I have watched and participated in more scrubs of the shuttle than I would have liked, but it’s just part of the launch business,” said Michael Lopez-Alegria, President of the Commercial Space Federation. “This is not the outcome we were hoping for, but far better to detect and react to the problem while still in the pad than to have to deal with it in flight.” SpaceX’s president, Gwynne Shotwell, reacted in a similar vein. “This is not a failure,” she said. “We aborted with purpose. It would have been a failure if we had lifted off with an engine trending in this direction.”

After Tuesday, Dragon will have another opportunity on May 23 at 3:22 AM EST. However, delays beyond May 29 would push the next launch window to mid-June or later. The launch window is constrained by the need to conserve fuel due to the many maneuvers required by the test mission which combines COTS-2 and COTS-3 tasks. A successful flight will result in rendezvous, docking, and cargo delivery to the International Space Station.

Watch the aborted May 19 launch below: