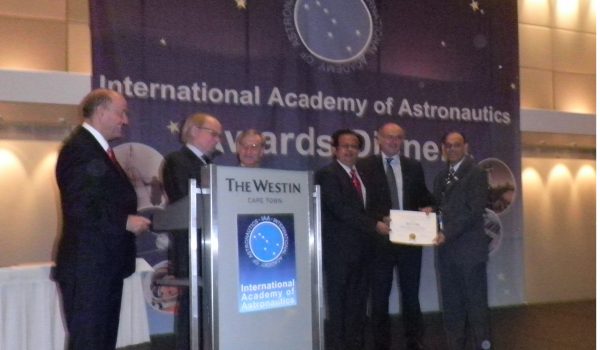 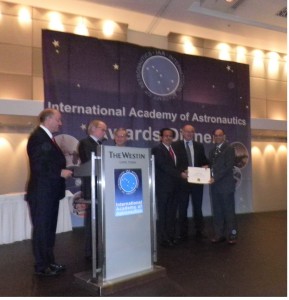 On 2nd October 2011, during the Academy Day Honour Night and Dinner in Cape Town, South Africa, the International Academy of Astronautics awarded the 2011 Social Sciences Book Award to Prof. Ram S. Jakhu for his book on “National Regulation of Space Activities,” published by Springer, 2010. Prof. Jakhu is the Chairman of the IAASS Space Safety Legal and Regulatory Committee and has also co-edited two IAASS books entitled “Space Safety Regulations and Standards” (Elsevier, 2010) and “The Need for an Integrated Regulatory Regime for Aviation and Space: ICAO for Space?” (Springer, 2011).   His award winning book on “National Regulation of Space Activities” is unique since it contains essays written by world’s leading authors covering national laws and regulations, including various aspects of licensing systems and space safety matters, of fifteen space-faring nations.