At the Regulation of Emerging Modes of Aerospace Transportation (REMAT) conference in Montreal on May 24-25, the main topic of discussion was point-to-point suborbital transportation by future aero-spacecraft, but space tourism and the general issue of ensuring the safety of civil aviation with respect to space operations was also very much debated. In this respect it was underlined that the United Nations International Civil Aviation Organization (ICAO) mandate to ensure the safety of civil aviation authorizes the agency to deal with interfacing or co-operating systems and mitigation of relevant hazards.The  conference was sponsored by the ICAO, by McGill Institute of Aerospace Law, and by International Association for the Advancement of Space Safety (IAASS). 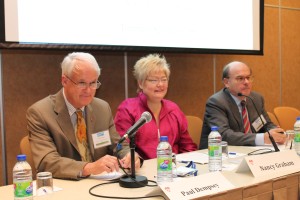 In addition to the regular conference agenda, the forum provided an opportunity for ICAO managers to informally meet with IAASS and FAA-AST to discuss a project to produce a series of manuals on space-aviation safety related issues to prepare the ground for future proposals on regulatory measures. IAASS was invited to apply to become an observer member of ICAO and out-going IAASS president Tommaso Sgobba may be nominated  to chair a first ICAO “Space” Working Group.

The first topic of this working group will be the mitigation of civil air traffic hazards posed by space vehicles (SV) failures in national and international airspace. The starting point would be the procedures established by FAA following the Shuttle Columbia accident. There are at least  eight countries that could be interested in harmonizing procedures in relation to future commercial spaceflight (Curacao, Spain, the United Kingdom, Singapore, Sweden, Japan, United Arab Emirates, Malaysia), plus four government organizations (USAF, ESA, JAXA, RSC-E) who perform controlled (destructive and non-destructive) orbital reentry on the Pacific Ocean.