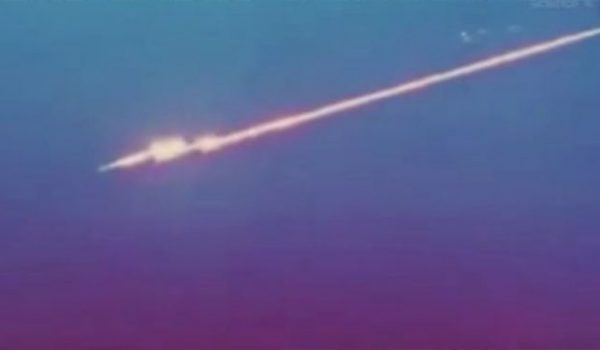 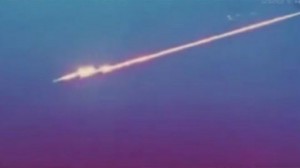 An photograph of the fireball seen April 22 accompanied by a sonic boom (Credits: Fox40).

At 8 AM local time on  April 22, a sonic boom resounded across large sections of California and Nevada, prompting calls to emergency centers across the states. Astronomers quickly identified the boom and a concurrent fireball as a meteorite exploding in Earth’s atmosphere.

“From the reports, I have no doubt it was a fireball,” said Robert Lunsford of the American Meteor Society. “It happens all the time, but most are in daytime and are missed. This one was extraordinarily bright in the daylight.”

People in the area felt houses and windows shake as a result of the explosion, causing many to think there was an earthquake. It is likely that some pieces of the meteorite reached the surface, although none have yet been located.  This meteorite must have come within 8 km of Earth’s surface before breaking up for the boom to be audible. Meteorite fireballs generally become visible about 80 km from the surface.

Watch a news report on the April 22 event below: