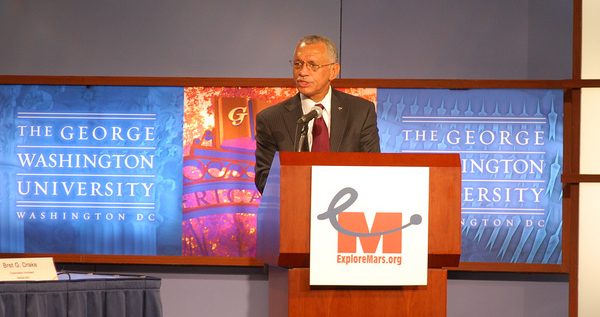 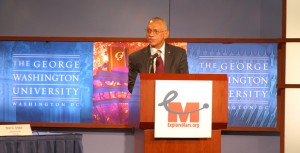 Mars has been at the center of media attention in recent times, especially since the landing of Mars Science Laboratory, and with various private companies envisioning to send astronauts there. The second annual Human 2 Mars Summit (H2M) in Washington D.C., from May 6 to 8, is attempting to shed some light on the challenges surrounding future exploration of the red planet.

“Our goal for the summit is to not only address the challenges of humans going to Mars but also to propose real solutions,” said Chris Carberry, Explore Mars executive director. “With the collaboration of experts in the space and science communities and non-traditional players, we will come out of the summit enlightened, encouraged and ready to plan for a human mission to Mars by 2030.”

Featured speakers at H2M include NASA Administrator Charles Bolden, Apollo astronaut Buzz Aldrin, one of the Internet’s fathers, Vint Cerf, and space tourist Dennis Tito, who announced in February his plan to send a couple on a round trip to Mars, in 2018.

In his opening speech, Bolden called for full funding for a mission to put humans on the red planet by 2030, meaning $821 million for fiscal year 2014. Bolden also highlighted the fact that the International Space Station will serve as a test bed for a future Mars mission and that the recently announced asteroid mission will improve the technology needed for the endeavour.

William H. Gerstenmaier, NASA Director of Human Exploration and Operations, also explained that the asteroid capture mission will be fastest way to build on current space exploration experience and to advance toward the goal of a manned Mars landing. However, according to NASA, before sending human to Mars, infrastructure must be established, including reliable life support, communications and navigation systems. Moreover, a manned mission to Mars will need also cryogenic fuel storage because astronauts will at some point need to lift off from the red planet and come back to Earth. According to Michael Gazarik, NASA Director of Space Technology, the technology to build and maintain all those systems is currently in place but more practical experience is needed.

H2M Summit is webcast live, starting 8:45 AM EDT, to allow a greater audience to attend and participate.