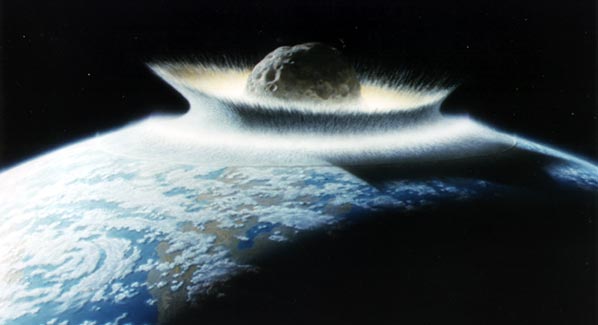 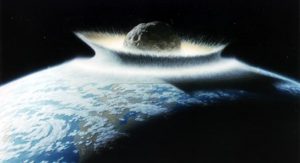 An artist's conception of a Near Earth Object impacting Earth (Credits: Don Davis/NASA).

A new international consortium was launched this week to investigate the probability of an impact on Earth by one of the tens of thousands of Near Earth Objects (NEO) currently being tracked, and to investigate several potential options for collision prevention. The project, known as NEOShield, will be headed by the German Space Agency (DLR) in partnership with research institutions in five different countries, the Russian space agency, and the British, French, and German offices of EADS Atrium.

“Over the next three and a half years [NEOSheild] will investigate the measures that can be employed to prevent near-Earth objects such as asteroids and comets from colliding with Earth,” said DLR officials in a statement following the project kick-off. Rusty Schweickart, former astronaut and past chairman of the B612 Foundation, praised the international aspect of the consortium. “[NEOShield] is being done by an international group of participants. This will be key, in the end, to insure that the results are widely accepted.” 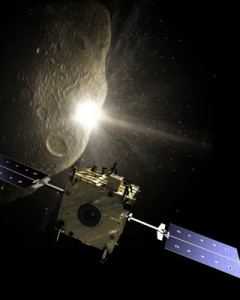 The consortium will investigate the three currently most promising methods of asteroid deflection: kinetic impactors, gravity tractors, and thermonuclear blasts.

The NEOShield program is being financed by the European Comission, which has committed roughly 4 million euros to the program. Although it will not develop the actual technology required for collision avoidance, the program is viewed by many as an important first step in eventually preventing catastrophic NEO impacts. “The development of a ‘game plan’ […] is distinct from executing the ‘game plan’. But without having thought through the options, criteria, triggering elements and such ahead of time, no action will ever be taken,” said Schweickart. “Developing the game plan will be necessary much more frequently than actually executing it.”