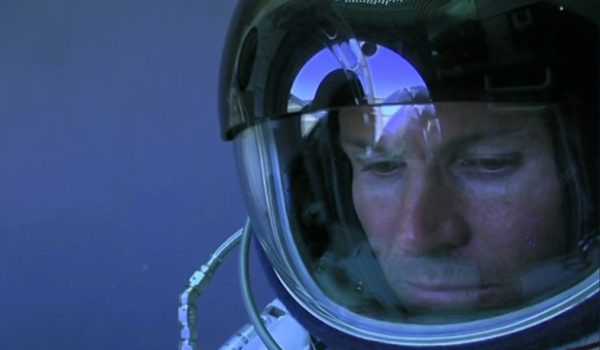 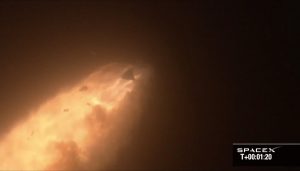 Although no official report has been released, there is talk of Sunday’s Falcon 9 engine loss being due to a fracturing of the Merlin 1C engine’s fuel dome with the failure localized to the fractured region.  Experts are viewing Falcon 9’s ability to withstand such a severe failure as a sign of the rocket’s underlying robustness and reliability. Although Dragon is well on its way to a nominal rendezvous with the International Space Station, the ORBCOMM satellite stranded by Falcon 9’s backup trajectory is just trying to stay afloat. The satellite is attempting to circularize its orbit to avoid reentering the atmosphere as drag decreases its perigee. The satellite’s insertion point was not an accident, but the result of a preprogrammed backup launch calculation. The satellite was sacrificed to meet ISS safety protocols relating to the distance the second stage and satellite would end up from the station based on available propellant. 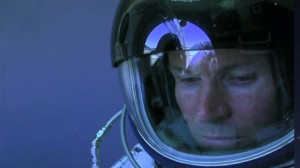 Felix Baumgartner receives the call to abort at 11:42 AM MDT on October 9 (Credits: Red Bull Stratos).

In a frustrating day for Felix Baumgartner and his Red Bull Stratos team, Baumgartner’s record breaking skydive from the stratosphere was postponed once again. The jump had already been postponed from August due to capsule damage, then from October 8 due to wind. Tuesday morning a problem with the capsule radio gummed up the works. While the radio was being fixed, winds started to pick up again. Baumgartner was actually sitting in the capsule, with the balloon being inflated when they had to abort the mission. Weather continues to look dicey over the next few days, but the team is going to try for another launch attempt on October 10. 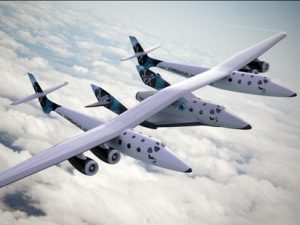 On October 5, as quietly as possible, Virgin Galactic announced its acquisition of The Spaceship Company (TSC).