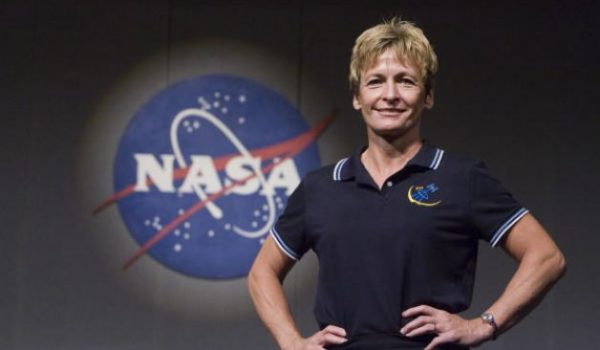 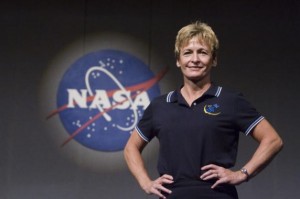 Peggy Whitson, the 13th Chief of NASA’s Astronaut Office and the first woman to serve in that position, stepped down from the post in July. Her replacement is former deputy Robert Behnken. News of the handover was just broken by collectSPACE.com on August 13.

“As chief astronaut, Whitson presided over a drastic downsizing of the astronaut office to reflect the shift from ISS and shuttle to ISS only,” said Michael Cassutt, a member of the National Academy of Sciences panel that reviewed the office in 2011. “She did it quickly, she did it thoroughly, and she did it with a great deal of thought and planning.”

Whitson became Chief in October 2009. By that time, she had served on two shuttle missions, and still holds the most flight time at 376 days and the most spacewalks of any woman . Whitson was also the first female commander of the International Space Station and the first mission specialist to become a Chief; her predecessors were all pilots.

Whitson now rejoins the rest of the 52 members of the astronaut corps. She could be deployed on another mission, as was her predecessor Steven Lindsey, who commanded Discovery’s 2010 flight before retiring.

The Chief of the Astronaut Office is responsible for assigning astronauts to missions and other posts and managing astronaut training. Whitson initiated recruitment of a new class of astronauts due to be selected mid-2013; that process will now be carried out by Behnken. 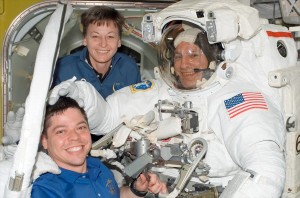 Whitson (rear) and Behnken (front) assist the suited Rick Linnehan after his spacewalk aboard ISS in 2008 (Credits: NASA).

Behnken in his turn flew as a mission specialist on two assembly flights to ISS, both aboard the Space Shuttle Endeavour. His first flight overlapped with Whitson’s second. Behnken now has the option to assign Whitson to a record third flight. No NASA astronaut has flown three missions to ISS, although several cosmonauts have. Behnken also faces the option of assigning his wife, astronaut Megan McArthur, to future missions. McArthur served aboard STS-125, the final Hubble servicing mission, where she was lead robotic arm operator. McArthur and Behnken are both members of the 2000 astronaut class.

The video below takes a look at Whitson’s time commanding ISS: