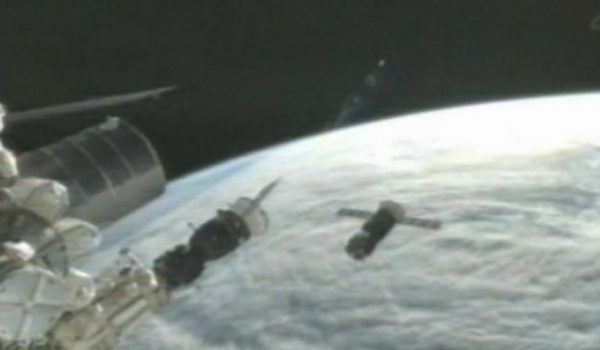 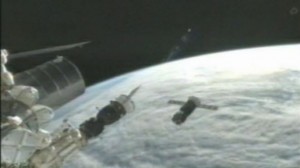 On July 22, the Progress M-15M cargo ship undocked from the International Space Station in preparation for a test of its new automated docking system, the Kurs-Na. It was supposed to use Kurs-Na to redock on July 23. It failed.

“The test was proceeding normally until about the time that the new Kurs-NA rendezvous system was to be engaged,” NASA officials said in a statement. “As commands were being issued to activate the Kurs system, a failure was annunciated, triggering a passive abort.”

Roscosmos has not announced the cause of the failure. The vessel has been maneuvered into a position that would allow for another attempt on July 29, after the Japanese HTV-3 resupply vessel is manually docked to the station.

Although Progress M-15M originally docked with ISS using the usual Kurs system when it first arrived in April, that system cannot be used this time. On May 9, cosmonaut Gennady Padalka disconnected Kurs in order to bring Kurs-Na online in preparation for this test. If Roscosmos is unable to successfully dock the vessel using the Kurs-Na system, the vessel has already been prepared to leave the station. All cargo has been removed and its hold loaded with waste to be burned up in the atmosphere as soon as testing is complete.

The Kurs-Na system requires half as many antennae as the current system and is reported to require less power, has updated electronics, and improves safety. Russia may have another opportunity to test the system since Progress M-16M is scheduled to launch on August 1, just a few weeks away. Progress M-16M is also known as Progress 48, since it is the 48th such resupply vessel to be launched. That vessel will not be relying on the new technology for its primary mission.

Below, a report on the docking failure and next steps: