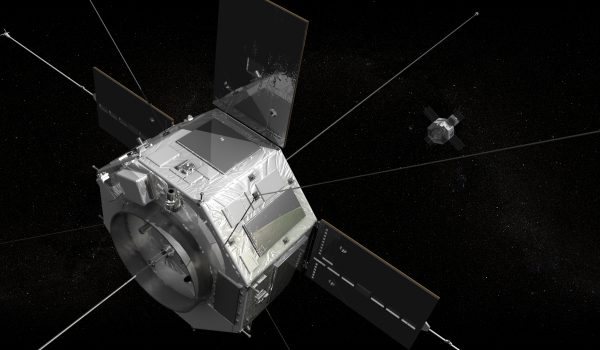 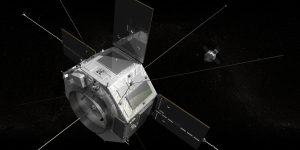 The launch of NASA’s Radiation Belt Storm Probes (RBSP), intended to study the van Allen radiation belts, has been confirmed for August 24. The launch had been postponed one day following discovery of an engine anomoly on a similar vehicle to the RBSP’s Atlas V launcher.

On August 20, NASA reported that a problem had been identified by United Launch Alliance, the Atlas V operator. The problem related to the hydraulic system actuators on the Atlas V first-stage booster’s RD-180 engines. Although no anomolies were observed on the Atlas V actually carrying RBSP, since the actuator system drives main engine steering, the launch was delayed from August 23 to August 24 as a precaution, allowing engineers time to examine that vessel for a similar fault.

After analysis found no faults in the RBSP’s launcher, an engineering review board cleared the vessel for launch. Barring adverse weather, the launch will take place at 4:07 AM EDT from Cape Canaveral. The vessel has already been rolled out to the launch pad.

RBSP is part of NASA’s Living With a Star program and is designed to fly two probes in a high elliptical orbit for two years. As the probes pass through the radiation belts, they will allow scientists to study the belts over space and time. Radiation becomes trapped in the van Allen belts when energetic solar particles are captured by Earth’s magnetosphere. Travel through the belts can be hazardous to spacecraft since the increased radiation exposure can damage electronics.

For more on the RBSP mission, check out the video below: