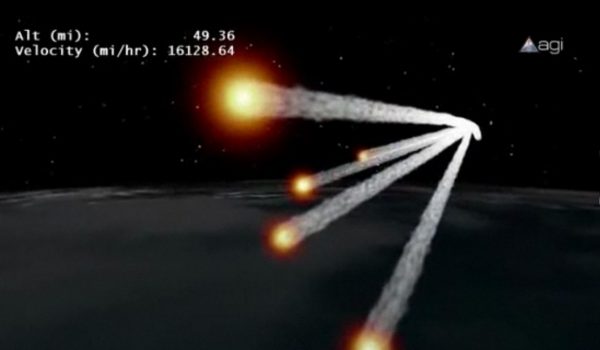 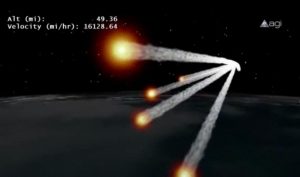 The 2.7 tons German Roentgen Satellite (ROSAT) made its final dive into Earth’s atmosphere in the night of October 22, 2011, but German Aerospace Center officials are still not sure about the precise area of reentry. The satellite hit the upper layers of the atmosphere sometimes between 9:45 p.m. EDT (0145 GMT Sunday) and 10:15 p.m. EDT (0215 GMT Sunday), creating up to 1.7 tons of debris. The spacecraft’s optics were designed to be heat resistant, a design feature that may have caused survival of large and massive chunks. “There is currently no confirmation if pieces of debris have reached Earth’s surface,” German aerospace officials said in a statement. The fragments could be scattered along a swath of the planet about 80 kilometers wide along the orbital track of the satellite.

The satellite was expected to reenter any time between end of October and begin of November, but the reentry occurred earlier on thanks to an increased solar activity, which expanded the atmosphere, creating more drag.
You can see some pictures of the ROSAT satellite taken from the ground by Ralf Vandebergh. Also recommended, “Has Anyone been Hit by Space debris?” In the video, below, a reconstruction of the reentry and disintegration of the satellite.