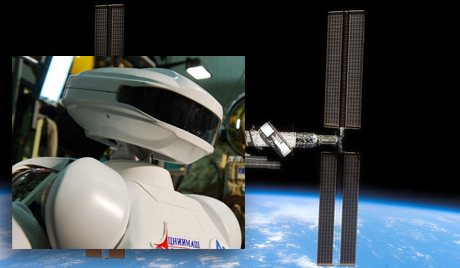 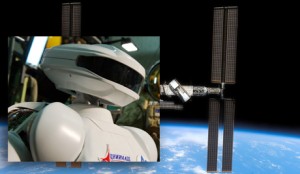 Russia has created a robotic cosmonaut, similar to NASA’s Robonaut. The SAR-400 robot can be remotely operated from Earth, mimicking the movements of the terrestrial operator, and will perform tasks that would be risky for human cosmonauts, such as tightening bolts, exploring the station’s exterior for damage, and handling cargo.

“A robot can duplicate the movements of an operator that manipulates it from Earth. […] This is convenient, less risky and less expensive” said Andrei Nosov, the head of the Moscow-based android engineering center. “A human life is the most important thing. There are lots of risks up in orbit. Anything can happen.”

To increase the immersiveness and ease with which operators can use the robot, it provides real-time haptic feedback, translating physical contact by the robot with objects in orbit into tactile feeling for the operator on Earth. “The operator can virtually touch the surface. […] It is indescribable,” said Nosov.

However, the ability for the robot to be operated on such bodies will be greatly reduced. As the distance between the operator and robot grows there is increasing lag between a command being issued and movement by the robot. On Mars, for example, it can take up to 10 minutes for commands to reach the robot (from Earth), and another 10 minutes for feedback signals to return.

NASA’s robotic astronaut, Robonaut-2, arrived on the ISS in October 2011, and has been undergoing testing ever since. On February 15th, it performed the first man-machine handshake in orbit, and signed “Hello world” in American sign language. Both Japan and Germany have also expressed interest in launching a robot into orbit.

The video below shows the handshake between Robonaut-2 and astronaut Dan Burbank aboard the ISS.
[youtube http://www.youtube.com/watch?v=grieVTdxsNI]