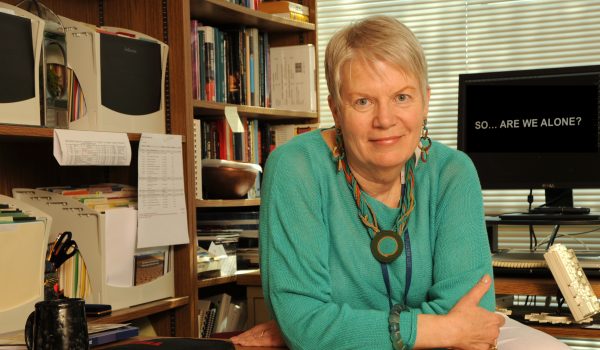 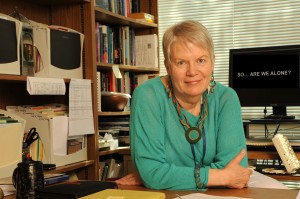 Astronomer Jill Tarter has announced her retirement from the SETI Institute where she has served as director for 35 years, leading the search for extraterrestrial life. Tarter, now 68 years old, will continue to support SETI in a fundraising capacity.

“For many years working at the SETI Institute I’ve worn two hats: the Bernard Oliver chair, and the Director of the Center for SETI Research,” said Tarter, who was a prototype for the character Ellie Arroway in Carl Sagan’s novel and film “Contact.” “My colleague Dr. Gerry Harp will step into the directorship role to continue our strong tradition of excellent research, freeing me up to focus on finding stable funding for it.  I want to make the endowment of SETI research a success, so that my colleagues now, and in the future, can focus on the search for extraterrestrial intelligence for all of us.”

Tarter, who has described humanity as “what happens when a primordial mixture of hydrogen and helium evolves for so long that it begins to ask where it came from,”  joined SETI in the 1970’s when it was under NASA’s auspices and continued with the non-profit organization that spun off after the US Congress ended the public program. Tarter is known for spearheading Project Phoenix, searching  for planets in other stellar systems. The existence of such planets was hypothetical as recently as 1995.

“Kepler has been a paradigm shift,” says Tarter, referring to the Kepler telescope launched in 2009 and dedicated to the search for exoplanets. “We are no longer pointing our telescopes at Sun-like stars in hopes of finding something; we are now observing stars where we KNOW there are planets. Exoplanets are real. We’ve gone from having 20-30 potential targets to having thousands of targets. Kepler is telling us WHERE to look, and we are focusing there,” she said.

Tarter will be honored for her contribution to the institute and the search for intelligent life at the SETIcon II convention in Silicon Valley, California on June 23.

In 2009 Tarter was awarded a TED prize which she has used to tap ordinary citizens to help in the search for extraterrestrial intelligence. Below is the talk she gave expressing her TED “wish”: