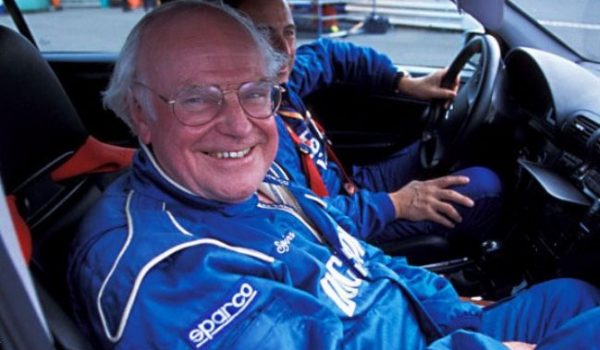 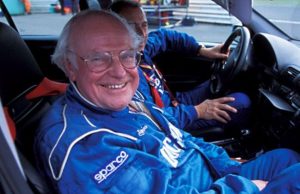 Eric Sidney “Sid” Watkins, who single handedly revolutionized safety for Formula One (F1) automobile racing, died of cancer on September 12, just six days after his 84th birthday. He is survived by his wife Susan and six children. Watkins’ work has served as a model and inspiration for safety innovation in the space industry.

“Many drivers and ex-drivers owe their lives to his careful and expert work, which resulted in the massive advances in safety levels that today’s drivers possibly take for granted,” said Ron Dennis, chairman of racecar manufactuer McLaren, after the death of the man known on track as “The Prof.”

“There will always be risk in motor racing, as there is in any activity,” Watkins once said. But when he joined F1 in 1978 at the behest of F1 CEO Bernie Ecclestone, racing fatalities weren’t possible, they were nearly certain. “In the ’70s, before I came back and raced until ’85, the safety in Formula One was so bad that one guy got killed every year,” said three time world champion F1 racer Niki Lauda. “Sometimes two, sometimes one, but for sure, every year one. So if there are 16 drivers, you can work it out for yourself when your time is over. This was a very difficult time for us.” 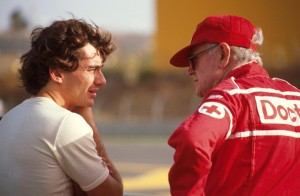 Watkins with his good friend Ayrton Senna in 1990. Senna was the last man to die in F1 racing in 1994 (Credits: Sutton Images/Corbis).

The first thing Watkins did when he joined F1 as medical chief was set up a medical rescue infrastructure. At the time, drivers had to wait long minutes before being attended to by a physician. Local hospitals weren’t always identified in advance, and many races took place when medical facilities weren’t even fully staffed. Watkins introduced medical chase cars, so doctors could reach a crashed driver within seconds, and required a medical helicopter to be on site for all races. Watkins’ interventions weren’t always popular, but he quickly got the drivers on his side. “I had an agreement with Sid,” said Lauda, “since I was the first one out of the pits. If the helicopter was there, I would drive out of the pits. But if it wasn’t, I would park my car sideways blocking the pit exit until the helicopter was there.”

Once he had a rescue infrastructure in place, Watkins started working on prevention. He campaigned for – and got – stronger seats, collapsing steering columns, puncture-resistant fuel tanks, wider seat belts, and better protective suits. Due to his work, there has not been a F1 fatality since 1994.

Watkins retired from F1 in 2004, going on to serve as the first president of the Federation Internationale de l’Automobile (FIA) Institute for Motor Sport Safety  from 2005-2011. The neurosurgeon son of an automobile dealer, “the Prof” was never a conventional doctor. A passionate racing fan, he attributed his longevity to whiskey and cigars. He was just as likely to pull his drivers out of burning automobiles as he was to operate on them. “No, he wasn’t a driver,” said Dennis. “No, he wasn’t an engineer. No, he wasn’t a designer. He was a doctor and it’s probably fair to say that he did more than anyone, over many years, to make Formula One as safe as it is today.”

“We are always looking for ways to improve safety standards,” Watkins told Car and Driver. “And although they are higher now than they’ve ever been, you can never become complacent.”

Below, a 1990 interview with Sid Watkins: