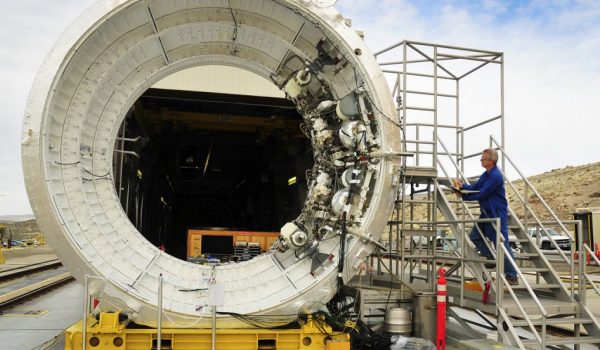 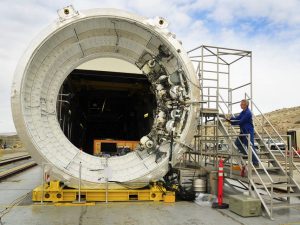 The avionics subsystem and hardware are cleared for Flight Control Test 1 (Credits: ATK).

NASA has successfully tested the solid rocket booster avionics for the first two test flights of the Space Launch System, America’s next heavy-lift launch vehicle. This avionics system includes electrical components for the SLS’ solid rocket boosters, which provide propulsion to augment the core stage main engines of the rocket. The first qualification test of the five-segment SLS booster is slated for spring 2013.

“We were pleased to see how the avionics system functioned outside the lab,” said Todd May, Space Launch System program manager at NASA’s Marshall Space Flight Center in Huntsville, Ala. “This test provides an insightful first look at how the booster thrust vector control system will operate and interface with flight hardware.”

Two additional tests are planned for the avionics and controls system.

The Space Launch System will provide an entirely new heavy-lift launch capability for human exploration beyond Earth orbit and will take crew and cargo farther into space than ever before.

For images of the test and more information about SLS visit  http://www.nasa.gov/sls