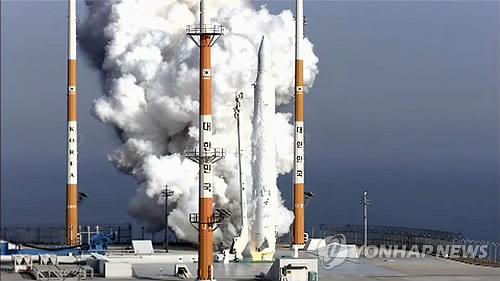 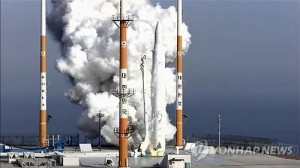 South Korea successfully launched its first satellite on a Korean/Russian rocket from the Naro Space Center, a facility situated about 500 km south of Seoul, on January 30.

“After analysing various data, the Naro rocket successfully put the science satellite into designated orbit,” said Lee Jo-ho, the Korean Science Minister.  “We now have leapt up a step to become a space-power nation.”

The 100-kilogram satellite, named Science and Technology Satellite-2C (STSAT 2C) was launched on the Korea Satellite Launch Vehicle-1, also known as Naro-1.  The 33 meter rocket and the Naro Space Center launch pad both derive from cooperation between Korea and Russia.  The KSLV’s solid fueled upper stage was provided by the Korea Aerospace Research Institute, while Khrunichev, a Russian space contractor, was responsible for the first stage, which is based on the universal rocket module (URM) designed for the Angara rocket.  NPO Energomash, a Russian manufacturer of rocket engines, developed the booster’s kerosene-fueled RD-151 main engine, a smaller version of engines used on Zenit and Atlas V.

KSLV was programmed to place the STSAT 2C satellite in a elliptic orbit with perigee at 300 km and apogee at 1500 km.  The spacecraft will test new space technologies and monitor plasma and radiation levels in low Earth orbit.

South Korea became the 11th country to launch its own satellite into orbit after a failure in 2009, when the satellite failed to detach from the rocket in orbit, and one in 2010, when the rocket exploded seconds after take-off.  One month earlier, on December 12, 2012, North Korea became the 10th country to launch a satellite using its own 3-stage launcher, after its own series of failures.  The launch raised international concern since it was widely believed to be a test of nuclear missile technology.

South Korea has spent nearly $500 million on the rocket project since 2002.  The next step will be the development of a new engine to power an all-Korean satellite launcher by 2021.

The video below shows the announcement of the launch’s success, as covered by South Korean news: