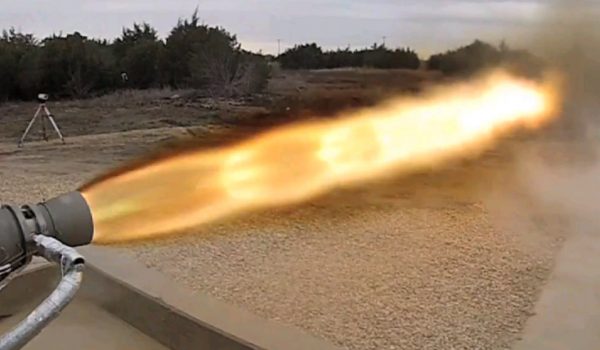 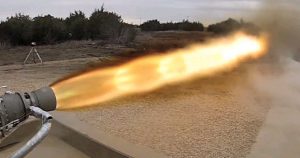 One of NASA’s industry partners, Space Exploration Technologies (SpaceX), completed a full-duration, full-thrust firing of its new SuperDraco engine prototype at the company’s Rocket Development Facility in McGregor, Texas. The firing was in preparation for the ninth milestone to be completed under SpaceX’s funded Space Act Agreement (SAA) with NASA’s Commercial Crew Program (CCP).

“SpaceX and all our industry partners are being extremely innovative in their approaches to developing commercial transportation capabilities,” said Commercial Crew Program Manager Ed Mango. “We are happy that our investment in SpaceX was met with success in the firing of its new engine.”

Nine months after CCP awarded SpaceX $75 million to design and test its Dragon spacecraft with a launch abort system, the company test fired its SuperDraco development engine to demonstrate its capabilities of keeping an astronaut crew safe during launch and ascent. The engine produced full thrust within approximately 100 milliseconds of the ignition command. It also fired for 5 seconds, which is the same amount of time the engines would burn during an emergency abort.

“Eight SuperDracos will be built into the sidewalls of the Dragon spacecraft, producing up to 120,000 pounds of axial thrust to quickly carry astronauts to safety should an emergency occur during launch,” said Elon Musk, SpaceX chief executive officer and chief technology officer. “Those engines will have the ability to deep throttle, providing astronauts with precise control and enormous power.”

SuperDracos are powered by the same propellant that powers the 18 Draco thrusters Dragon will use to maneuver in orbit and during re-entry. To achieve the power necessary to quickly carry the spacecraft out of harm’s way, SuperDraco engines would burn through propellant 200 times faster than the engines Dragon uses for orbital maneuvers.

“Crews will have the unprecedented ability to escape from danger at any point during the launch because the launch abort engines are integrated into the side walls of the vehicle,” Musk said. “With eight SuperDracos, if any one engine fails the abort still can be carried out successfully.”

Ultimately, SpaceX intends for the Dragon and SuperDraco engines to be fully reusable, which will help advance the company’s long-term goal of making spacecraft more like airplanes that can be flown repeatedly with minimum refurbishment. SpaceX has 10 milestones to meet under the Commercial Crew Development Round 2 (CCDev2) agreement, which continues through at least May.

All of NASA’s industry partners continue to meet their established milestones in developing commercial crew transportation capabilities that will ferry U.S. astronauts to and from the International Space Station, reducing the amount of time America is without its own system.

The video below from SpaceX records the test fire: