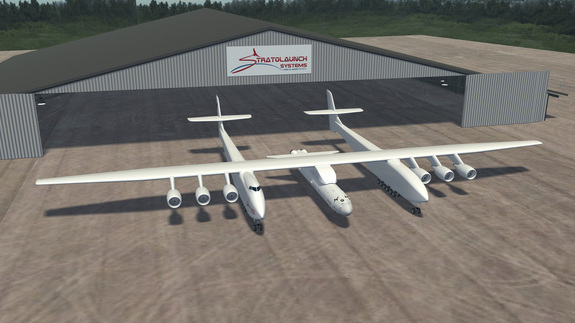 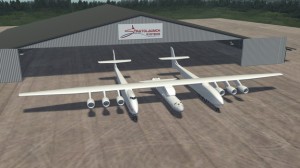 Philanthropist and entrepreneur Paul Allen announced in a press release on December 13 that he would be reuniting with his former SpaceShipOne partner Burt Rutan to found Stratolaunch Systems. The main objective of Stratolaunch will be to develop a revolutionary aircraft-launched space transportation system. “We are at the dawn of radical change in the space launch industry,” said Allen. “Stratolaunch Systems is pioneering an innovative solution that will revolutionize space travel.”

The proposed launch system will consist of 3 main components: 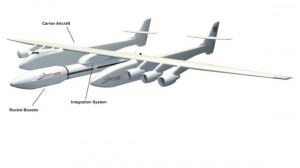 If successful, the Stratolaunch system would allow for reduced cost and increased reliability and safety for missions to low earth orbit. According to ParabolicArc, the system would aim to allow for “airport-like” operations for both commercial and civil systems. Eventually, the system could even be used to transport crewed capsules into space, once the system has been proven to be safe and reliable in launching unmanned vehicles.

Construction is set to begin on a purpose-built hangar at the Mojave air and space port, where Scaled Composites will manufacture and assemble the carrier aircraft. The first test flight of the system is scheduled for 2016.

Founded in 1982 by Burt Rutan, Scaled Composites specializes in the development of unusual and state-of-the-art aircraft. It made headlines in 2005 when its SpaceShipOne reusable suborbital spacecraft successfully completed the requirements for the Ansari X-prize by flying to over 100km twice within 14 days. Scaled Composites also developed the WhiteKnightTwo and SpaceShipTwo vehicles for Virgin Galactic.

Space Exploration Technologies (SpaceX), founded in 2002 by entrepreneur Elon Musk, aims to provide inexpensive and high-reliability launch solutions to low earth orbit. It has successfully launched its Falcon 1 and Falcon 9 orbital launch vehicles, and is planning to develop the Falcon 9 Heavy vehicle, capable of launching up to 50 tons into low Earth orbit.

Dynetics, based in Huntsville, Alabama, was founded in 1974. It provides engineering solutions to various high-technology niche markets in the United States, including both military missile launch systems and civilian space services.

The video below shows an animation of the mission profile for the Stratolaunch air-launched booster system.
[youtube http://www.youtube.com/watch?v=sh29Pm1Rrc0]