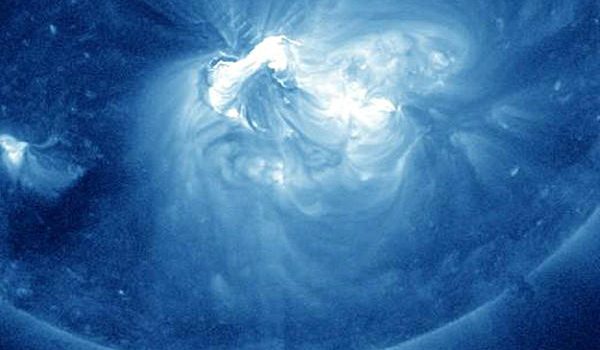 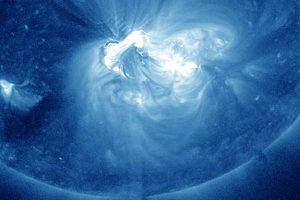 Although the solar active region 1515 has rotated out of view from Earth, there’s no chance of the solar storms letting up anytime soon. In its place, AR1520, which rotated into view on July 6, spit out an X class coronal mass ejection that produced a strong R3 category radio blackout and is expected to produce a geomagnetic storm on Earth on July 14.

As spaceweather.com put it “Because this sunspot is directly facing Earth, everything about the blast was geoeffective.” The flare registered as an X1.4, falling short of the strongest flare in 2012, a title currently held by a March storm that produce an X5.4 event.

Initial observations of the CME were hampered by limited observation of the event, according to the Space Weather Prediction Center. The CME has produced a minor S1 category solar radiation storm and is not expected to affect satellites or electronics. The region remains active however, and further flares and ejections can be expected. “It’s certainly not done. It’s only halfway across the face of the sun right now,” said Dean Pesnell, project scientist  for NASA’s Solar Dynamic Observatory. “We’ll be able to watch it from the Earth for at least another week.”

As Solar Cycle 24 heads towards its 2013 maximum, such storms are expected to be more common. AR1515 and AR1520 are considered moderate sized sunspots for this phase of the sun.