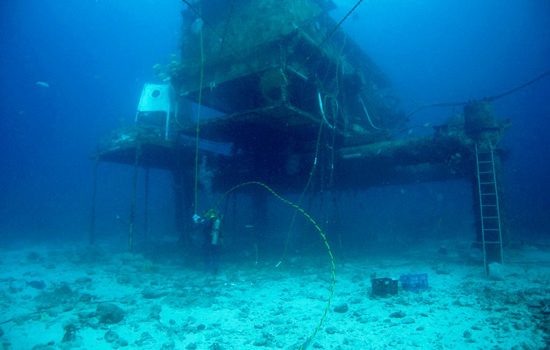 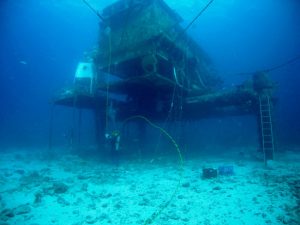 The 15th NASA Extreme Environment Mission Operations (NEEMO) uderwater mission has been terminated early due to threat of damage from Hurricane Rina. The mission started on October 20, already three days delayed due to weather conditions from the intended Oct 17 start date. ISS veteran Shannon Walker commanded the mission, which included participating astronauts from NASA, the Japanese Aerospace Exploration Agency, and the Canadian Space Agency. Run by the National Oceanic and Atmospheric Administration (NOAA), the NEEMO missions are conducted in Aquarius, an underground base off Key Largo, Florida. Aquarius is used to simulate space missions manned by aquanauts. The 15th mission included six Extra-Vehicular Activities(EVAs)  designed to mimic a manned asteroid mission. NASA, who only reported the evacuation after the fact, considers the 5 day mission to have been a success. “Despite the length, we accomplished a significant amount of research,” said NEEMO Project Manager Bill Todd. “We’re already learning lessons from working in this environment.” The next NEEMO mission, scheduled for the summer of 2012, will further develop opportunities for manned Near Earth Object (NEO) visits.

In the video, below, Hurricane Rina as seen from the International Space Station (ISS).