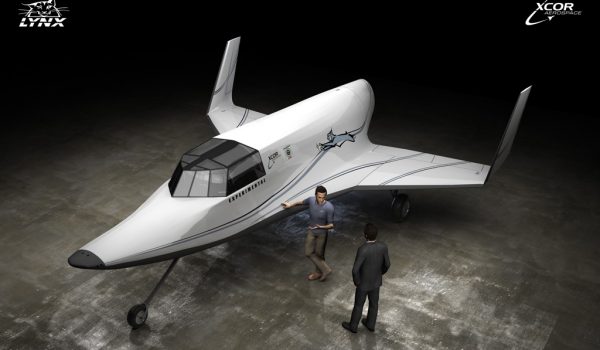 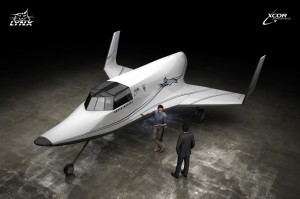 An artist's impression of the Lynx Mark I suborbital vehicle (Credits: XCOR).

Southwest Research Institute (SwRI) announced Thursday that it had reached an agreement with XCOR to fly scientific payloads, and dedicated Institute astronauts to operate them, during the upcoming Lynx Mark I suborbital test flights. The flights will test the capabilities of the Lynx in terms of microgravity quality and duration prior to it beginning commercial services.

SwRI and XCOR had signed an agreement in 2011 that would see SwRI payloads and mission specialists flying on six Lynx suborbital flights, with the option to purchase an additional three. The 2011 contract called for the flights to occur after the Lynx had been approved by the Federal Aviation Administration (FAA) for commercial service; however, the new announcement moves the flight up to occur during the Lynx test flights and prior to FAA approval. 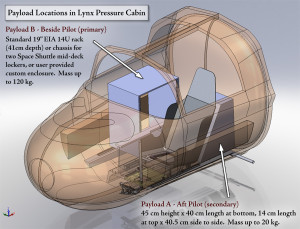 The Lynx will feature space both internally and externally for scientific payloads (Credits: XCOR).

According to the XCOR website, the Mark I version of the Lynx will be used to “characterize and flight test the various sub-systems of the craft including life support, propulsion, tanks, structure, aeroshell, aerodynamics, re-entry heating and other design elements.” It is expected to be tested from late 2012 through 2013, during which it will be used to train pilots for later versions. The Mark II higher-performance version of the Lynx, expected to enter into flight service in 2014, will fly to 106km, compared to the 63km altitude expected from the Mark I.

The video below demonstrates several features of the Lynx vehicle.
[youtube http://www.youtube.com/watch?v=z93P-yrY88k&w=420&h=315]