You might have heard of French director and designer of experiences Nelly Ben Hayoun from her past creative concoctions such as the International Space Orchestra and her musical collaboration in space with Beck and Bobby Womack. Designing immersive experiences is her forté and her latest creation, Disaster Playground, is no exception. This creative platform explores the theme of catastrophic asteroid collision – both in real-life and Hollywood movies – dancing on the edge between space and fiction through an immersive exhibit and a feature film. Disaster Playground questions the notion of disaster and investigates the human response and cross-cultural reactions to the threat of potentially hazardous asteroids. I recently spoke to Nelly about this exciting new project.

“I am looking at designing ‘extreme experiences’ for the public in order for them to question what the future of space exploration might be, how could they make dark energy in their kitchen sink, and other surreal experiences,” explains Ben Hayoun. She also incorporates real-life space scientists and thinkers in her work. “Disaster Playground is a critical platform that engages the main actors of the project to reflect on their practice and get members of the public to engage with what the craft of space exploration is, who are the people ‘making’ it, and where is this all going?” 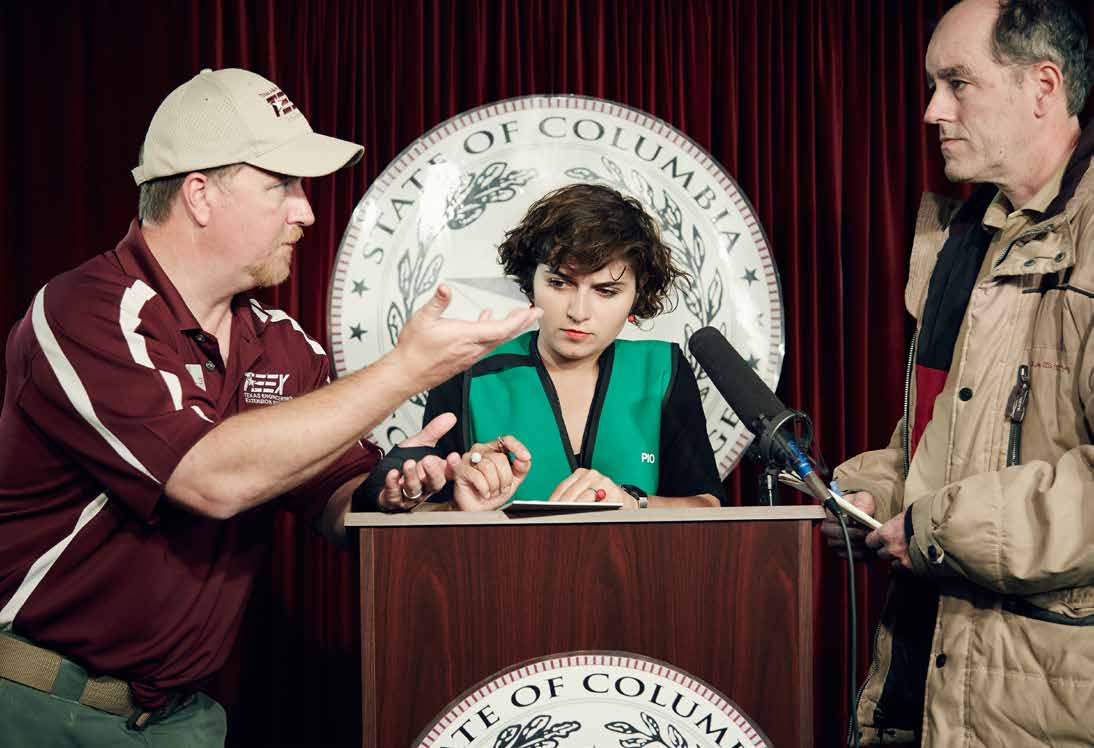 Disaster Playground: The Feature Documentary is about the scientists monitoring and planning the deflection of hazardous near Earth objects (NEO). It addresses the complex decision-making process of protecting the Earth from NEO impacts and the associated challenges. The plotline of the film follows the progress of NASA’s actual asteroid impact procedure. It depicts the chain of command required when there are only a few experts who understand the technology needed to tackle the threat of an asteroid collision with Earth.

“It is about the design of emergency procedures, nailing down who is in charge, who defines the procedures when things go wrong, and according to which rationale,” explains Ben Hayoun.

Ben Hayoun was inspired to create this film in response to pop culture views of space disaster such as the portrayal in the blockbuster Armageddon. In the film, Hollywood relied on Bruce Willis and a giant drill to save the world. How realistic is this and what is really needed to save our civilization from the next major asteroid impact? This is where Disaster Playground picks up the story, in what Ben Hayoun has dubbed space fiction.

“We are looking at the pop culture as a start and then we engage with the reality of each event, the real people who are the real Bruce Willis – thus the term space fiction,” she says. “The film aims to get you to engage critically with the human condition in place in the space program, the craft, the real people doing it, their quirkiness, their sometimes imperfect reactions, and their successes.” 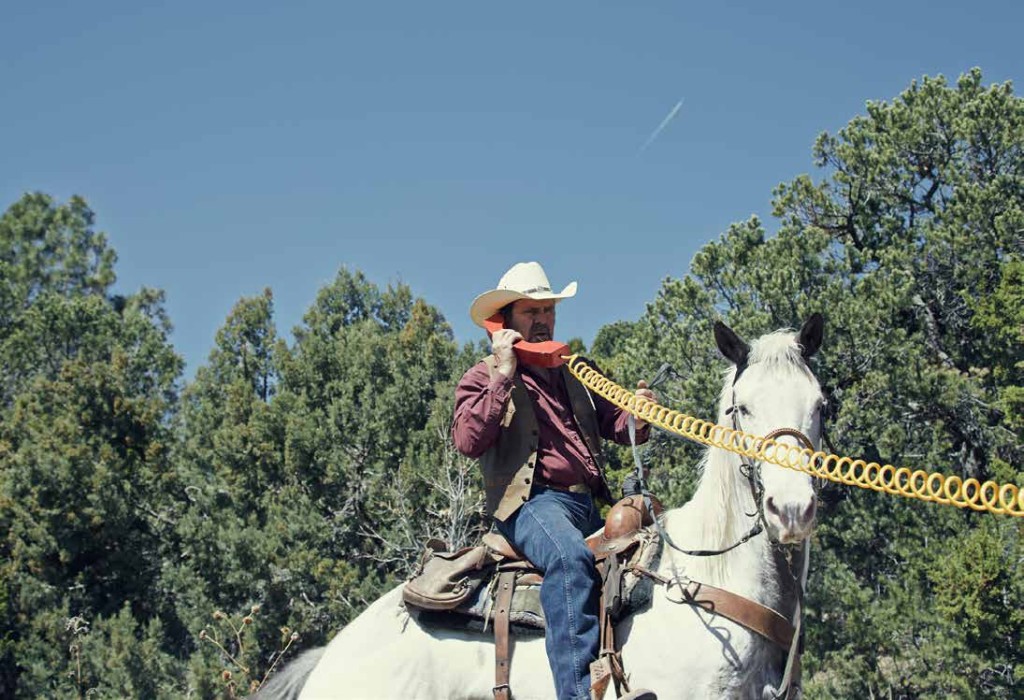 Who ARE the people on the other end of the “red phone” when disaster strikes? In Disaster Playground, we find out (Credits: Nelly Ben Hayoun/Nick Ballon).

The Stars of the Show

“Each of these scientists has a role in some form or shape with the chain of commands or the development of emergency responses…they informed the film and perform their role in the film,” says Ben Hayoun. “Basically, Disaster Playground is their film but it is directed to us. It is about sharing the experience of dealing with such decisions as: ‘Shall we send that asteroid there or there? Where shall we move it?’”

Disaster Playground: A Pre-Enactment By Nelly Ben Hayoun from stichting MU on Vimeo.

The Theater of Cruelty

Ben Hayoun has been called the “Willy Wonka of design and science” and her bold design practice has gathered the attention of many – including WIRED magazine, which awarded her its 2014 Innovation Fellowship. She carefully crafts creative modes of communication to explore the depths of design using the theme of space. She takes inspiration from French philosopher and socialist Jean Baudrillard and his text America, as well as dramaturges such as Antonin Artaud who introduced the concept of the Theater of Cruelty.

Ben Hayoun wanted to explore the moral ambiguity of using catastrophe to spark interest in space. The explosion of the Space Shuttle Challenger, for instance, created an iconic image. That billowing stream of smoke and flame symbolized a horrific loss of life and severe misstep in the US space program, but it also reignited public interest in that program.

“Our interest for such mortal catastrophe can be identified as a perverse human curiosity,” notes Ben Hayoun. “We believe that this perversity captures one crucial element of what the viewer wishes to see: how technology and humans can beautifully ‘fail’ and, in turn, cause us to reflect on the making behind our discoveries.” She uses just that phenomenon in her work, exploring the situations created when existential danger threatens. “I believe that, by taking an extreme approach, you really get the audience to actively engage with a cause or an area of research and that is what motivates me when it comes to space exploration.” Ben Hayoun hopes that engaging the public will lead to increased support for space. “I want to see the next woman on Mars or on an asteroid, and without public backing that will not happen.” 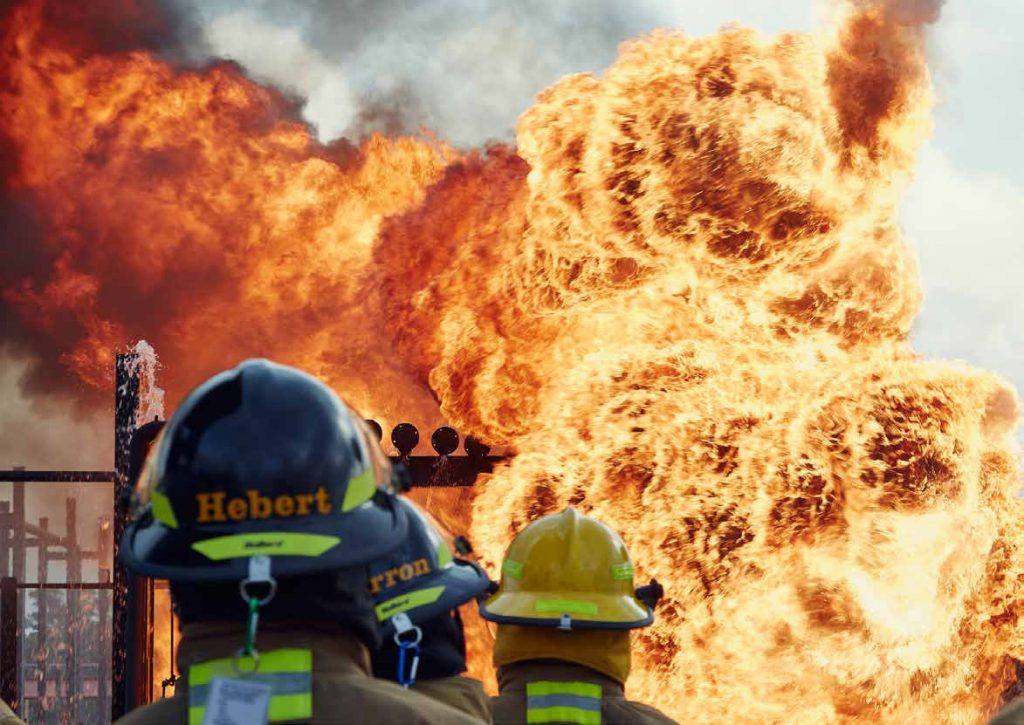 The theatre in which Disaster Playground is exhibited blends the various media forms the project assumes: documentary feature film, book, and exhibition. A visitor walking into the exhibit experiences live reenactments, journeys through landscapes, and interacts with props ranging from model spacecraft to live goldfish. “Each of the media is connecting various audiences: the film audience, the digital audience, the academic audience, the scientific audience, the graphic audience, the design audience…each of these audiences is very different and so are their needs. This project is engaging the public at various levels with various outcomes and each are tailored for them,” Ben Hayoun explains.

These elements work individually and together to produce the final creative platform that is Disaster Playground. 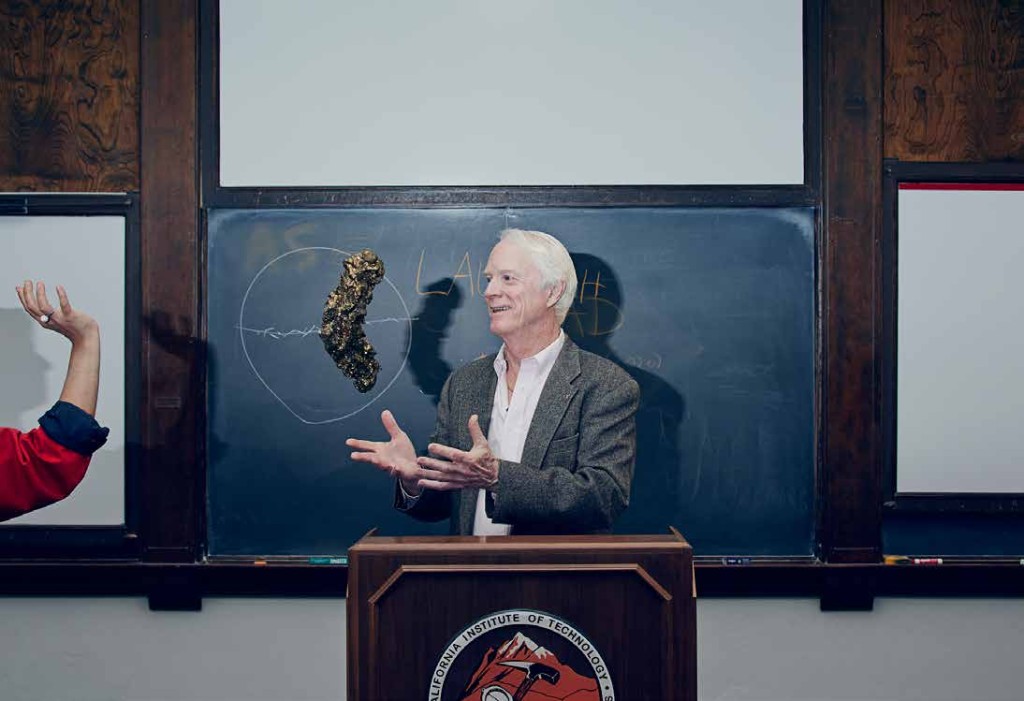 The importance of sharing the space program’s catastrophes and failures is the driving force behind Disaster Playground. Utilizing the perverse human curiosity and interest in mortal catastrophe is a beautifully twisted method through which we can learn from our failures and reflect on our discoveries.

Ben Hayoun’s primary goal is outreach. Whether as Designer of Experiences at the SETI Institute or sitting on the International Astronautical Federation Space Outreach and Education Committee, Ben Hayoun strives to engineer situations that generate disorder and critical thinking. She aims to reconnect the public with the dream and the vision behind space exploration – one experience at a time.

Disaster Playground was previewed at the Victoria & Albert Museum as part of the London Design Festival Digital Weekend event in September 2014 and will be part of Future Fictions, Exhibition at Z33, House for Contemporary Arts in Hasselt, Belgium October 5, 2014 through January 4, 2015. The feature film will be launched in March 2015.