Giuseppe Luigi Lagrange (25 January 1736 – 10 April 1813), was an Italian mathematician and astronomer. He discovered that there are five locations around Earth where the gravitational forces and the orbital motion of a spacecraft, Sun and Earth interact to create a stable location. The Lagrangian Points, as they are named, are natural parking places in space. It has been suggested that we can place a space telescope or build a human space colony over there. But there is much more we can do there: protect Earth from solar storms, help reducing the use of fossil fuel, and ‘alleviate’ the logistics of human exploration of Mars.

Sometimes serendipity just comes to you in an “aha moment”.  The following 3-prong idea leverages the possible advantages that could come from creating new infrastructure at the L-1 Lagrangian point in space.  Here we can create new infrastructure to save and also power our planet and as a bonus find a better way to go to Mars. Not a bad—in fact may be a great 3-in-l solution. L-1 can indeed be a lower cost and safer way to Mars, an excellent location for a solar power satellite, and viable way to create a solar shield for Earth. This will be essential when the natural shielding from the Van Allen Belts is greatly diminished as the world’s magnetic poles flip. The answer advocated here is what I called STAMPSS (STaging Area to Mars and Protective Solar Screen).

The L1 Lagrangean Point (or alternatively known as a libration point) is a somewhat steady-state location where the conflicting gravitational pulls of the Sun, Earth and the Moon cancel one another and create a relatively fixed  space location. This unique point, that is 1.5 million kilometers from Earth (or about 1 million miles), provides a position that is always intermediary between the Earth and the Sun because their mutual gravitational distortion of the time-space continuum creates a what might be called a “gravitational valley” at this location is shown in the graphic below. In terms of propulsive force this also represents a very low thrust location from which to reach Mars, the Moon, asteroids or other planets. 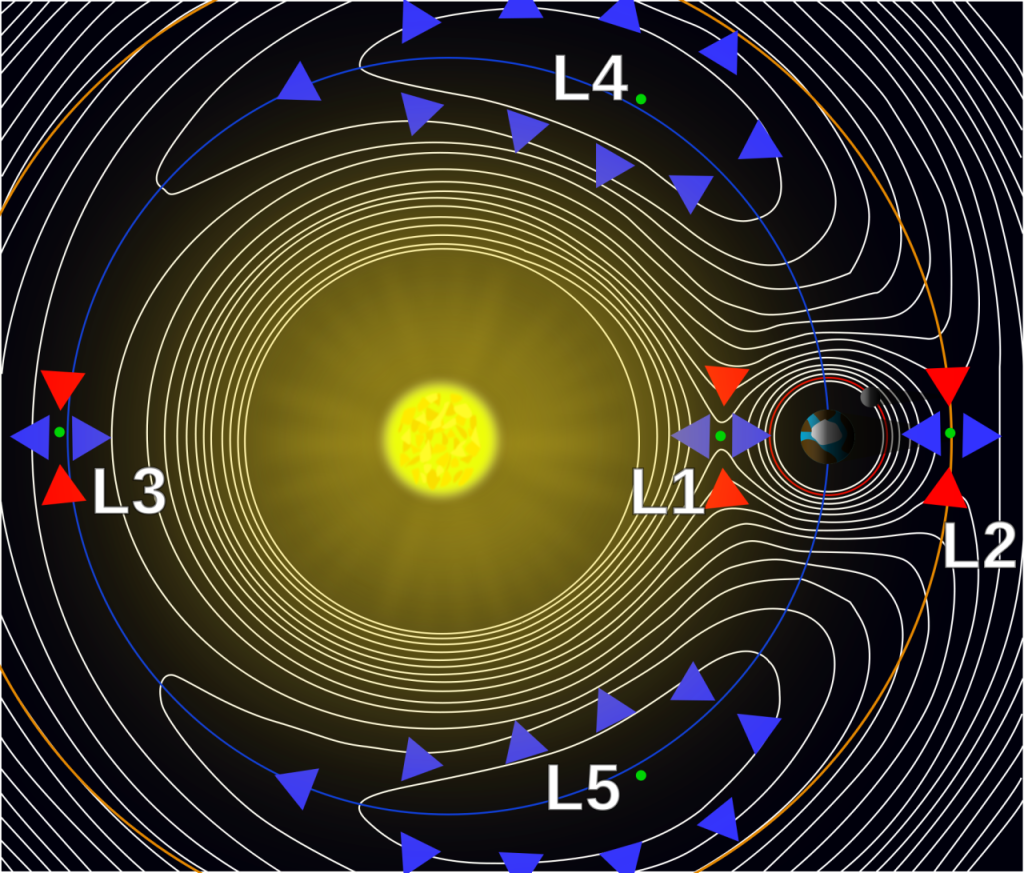 Langragian points: a contour plot of the effective potential due to gravity and the centrifugal force of a two-body system in a rotating frame of reference. credits: Wikipedia

The L-1 Point can act as the Staging Area for Missions to Mars and Creation of the “Solar Shield” for Earth. This is the most suitable place in space to locate at least three facilities:

Second, create a solar shield mechanism that can screen out the most energetic solar storms in the form of coronal mass ejections that could wipe out a significant number of electrical power grids, application satellites and other electronic devices that might be destroyed or incapacitated by coronal mass ejections (CMEs). Lloyds of London has done a study that estimates that the damage from a solar storm like the Carrington Event of 1859 could do up to $2.6 trillion dollars of damage. The shift of the magnetic poles of Earth (i.e. the North Pole has now moved to a location in Siberia), is reducing the ability of the Van Allen Belts to protect us against solar storms The recently launched ESA Swarm satellite measurements indicate this problem is quite real. The illustration below shows computer modeling that suggest Earth’s protective shielding will, in a few decades , may be only be 15% as efficient as it was just 20 years ago. This Solar Shield for Earth could also assist to defer the effects of climate change as well.

Third, deploy a solar power satellite system that could beam clean energy back to Earth 24 hours a day. This can be increased in size and efficiency over time and eventually pay for the way station and the solar shield. 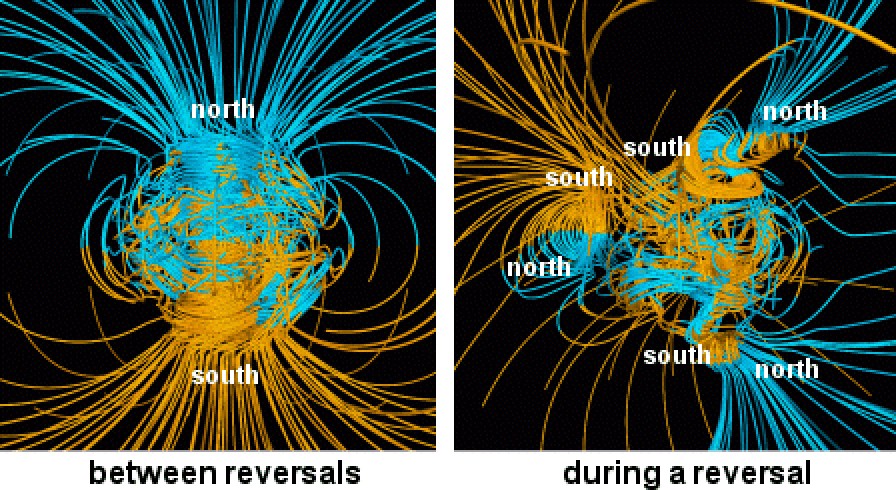 We can do all this with technology that is at hand or is achievable within 5-10 years. So why not do it?