“August 12th was another successful night in our sprites campaign,” reports Jason Ahrns of the University of Alaska Fairbanks. With a team of researchers from NCAR, he has been flying over the midwestern USA onboard a Gulfstream V in search of exotic forms of lightning. As they were photographing a thunderstorm over Nebraska, these six sprites appeared: 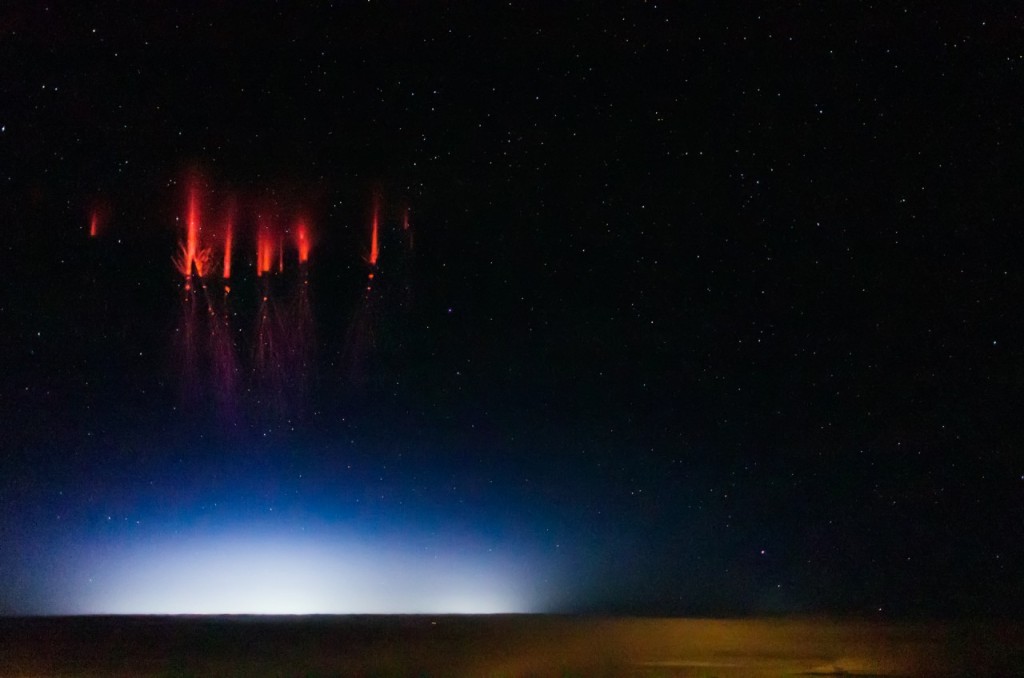 Sprites captures by Jason Ahrns on August 12, 2013 over southern Nebraska

First documented in 1989 by scientists from the University of Minnesota who photographed strange flashes coming out of the tops of thunderstorms, sprites remain a mystery today. Neither their basic physics nor their effect on the surrounding atmosphere is well understood. “Do sprites have a large scale impact on the middle atmosphere?” asks Ahrns. “Sprites clearly represent some kind of transfer of energy, but is it on a scale that has a significant effect on the weather and climate? We can’t answer that without studying them.”