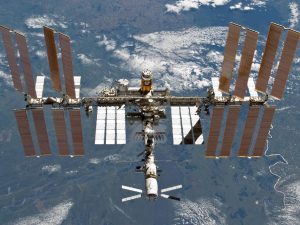 The International Space Station orbit was raised one kilometer by Russia’s Mission Control Centre to avoid a possible collision with a fragment of the U.S. communications satellite Iridium-33, which collided with the derelict Cosmos 2251 on February 10, 2009 over Siberia.  The raising is the 15th unscheduled maneuver to avoid space debris.

This latest space debris avoidance maneuver highlights the ever-increasing issue of space debris in low-earth orbit and its hazard to both manned and unmanned space activities.