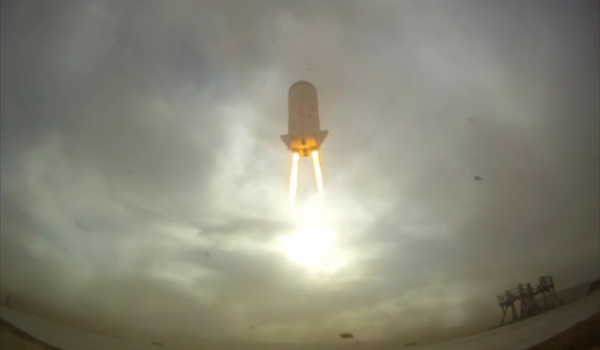 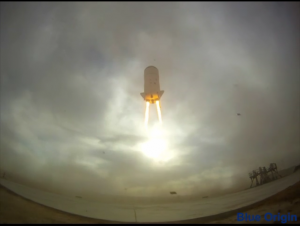 Blue Origin, the space company founded by Jeff Bezos, has updated his website, presenting for the first time a video of a hop of its test vehicle. “We are currently focused on developing rocket-powered Vertical Takeoff and Vertical Landing (VTVL) vehicles for access to suborbital and orbital space,” said a Blue Origin’s official.

Blue Origin is one of the companies that has received funding from NASA, in the framework of Commercial Crew Development (CCDev), which finance companies that are developing human spacecraft to ferry astronaut to the International Space Station (ISS).

The company, which rarely publishes updates, has recently announced the loss of an experimental vehicle following a flight instability during a developmental test at Mach 1.2 and an altitude of about 14 meters.