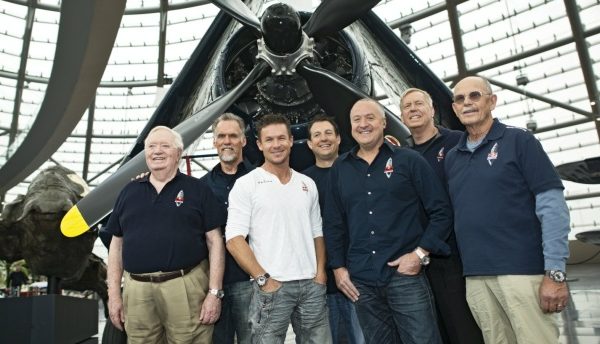 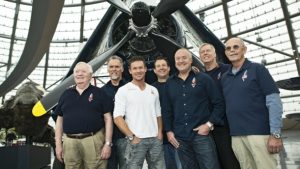 The International Association for the Advancement of Space Safety (IAASS) has awarded the 2013 Jerome Lederer Safety Pioneer Award to Art Thompson and the Red Bull Stratos team who made possible Felix Baumgartner’s recordbreaking stratospheric skydive in October 2012.

“Art Thompson and The Red Bull Stratos Team have substantially advanced the human knowledge and capability for using high altitude parachuting as a means for ensuring safe crew escape during at least part of a space mission  and possibly one day ‘parachuting from space’ in case of emergencies,” explains IAASS President Tommaso Sgobba. 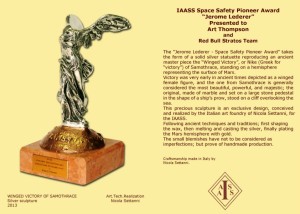 The Jerome Lederer Space Safety Pioneer Award is awarded biennially to an individual or group who has made outstanding contributions in the field of space safety. The award consists of a solid silver handmade statuette reproducing the “Winged Victory,” or Nike (Greek for “victory”) of Samothrace, standing on a hemisphere representing the surface of Mars.

The award is named in honor of Jerome Lederer, an American aviation-safety pioneer. In 1947, Lederer organized the Flight Safety Foundation and was its director until 1967. In 1967, following the deaths of three astronauts at the Kennedy Space Center, NASA appointed Lederer director of the Office of Manned Space Flight Safety for the Apollo Program. In 1970, he became director of safety for all of NASA.

The award will be presented at the upcoming IAASS Conference Gala Dinner on May 22 in Montreal, Canada.