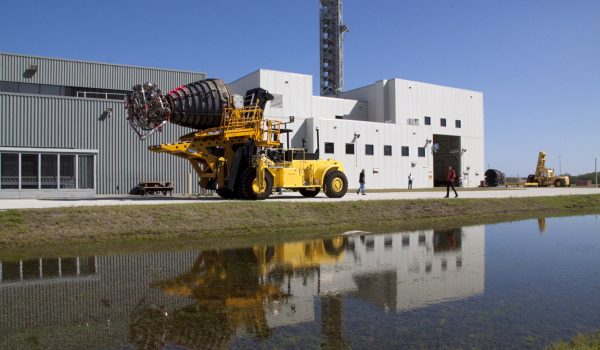 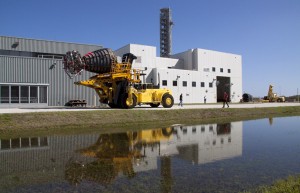 Three months after the end of Space-Shuttle program, a deal between NASA and Space Florida promises to bring life back to Kennedy Space Center (KSC). Space Florida, the aerospace economic development agency of state Florida, aims at utilizing the KSC’s Orbiter Processing Facility-3, the Space Shuttle Main Engine Processing Facility and Processing Control Center. The agreement, announced on Monday October 31, marks the end of a government-only era at the KSC.

Space Florida plans to lease the Orbiter Processing Facility-3, the facility where the Space Shuttles used to receive their regular maintenance, to Boeing Company to manufacture and test the Crew Space Transportation Spacecraft (CST-100). The capsule,  a joint project between Boeing and Bigelow Aerospace, is funded by NASA through the Commercial Crew Development program (CCDev). As a result, 550 new jobs around Florida’s Space Coast should be created. 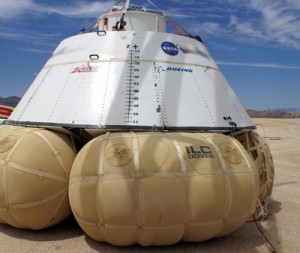 This initiative is one of the first steps to turn the Kennedy Space Center into a multi-user space port. “Neither NASA nor the Space Coast can afford to stand still,” said Charles Bolden, NASA administrator, “we must be aggressive in pursuing this next generation of space exploration and the new jobs that will accompany it.”

In order to carry out all the necessary task, Boeing is now moving it’s commercial headquarters directly to the heart of KSC. “We selected Florida for the commercial crew headquarters because of its close proximity to not only our NASA customer at Kennedy Space Center,” said John Elbon, vice president and program manager of Boeing’s Commercial Crew Program, “but also because of outstanding facilities and an experienced space workforce.”

The CST-100 is designed to carry up to 7 astronauts or a mix of human crew and cargo. NASA considers it to be one of the major candidates for future transportation to International Space Station. A set of drop tests to validate the design of the air bag cushioning system was carried out in Mojave desert in September 2011. Currently the capsule is undergoing a series of tests within the wind tunnel in NASA Ames Research Center in California. Boeingis aiming to test the capsule by 2015 .