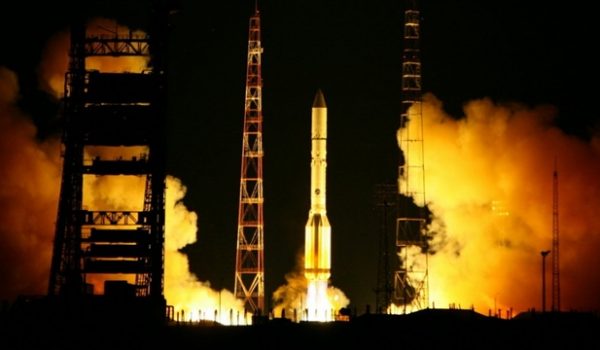 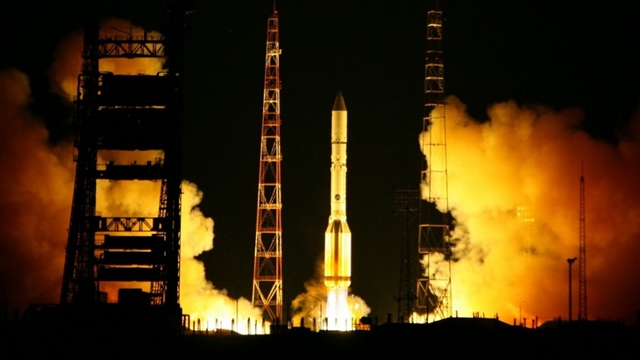 The failure of a Proton-M upper stage Breeze-M on August 6 that placed two satellites in an incorrect orbit will likely remain in orbit for up to five months.

US Strategic Command (STRATCOM) has tracked four objects in nearly identical orbits traced to the failed launch. Rianovosti sources are identifying these objects as the Breeze-M booster, a fuel tank, and TelKom-3 and Express MD2, the two stranded satellites.

There is some thought that the satellite control systems should be operational, although no word has been released as to whether these controls have been tested, although a statement from the incident’s investigative commision on August 7 indicated that the Breeze-M had “not reached operational conditions,” according to Anatoly Zak of russianspaceweb.com.

The commission is being headed by O.P. Skorobogatov, First Deputy General Director of Roscosmos’ leading research institute. In comments on August 7, Roscosmos chief Vladimir Popovkin stressed that the commission is tasked with identifying the cause of the failure not conducting a “witch hunt.” Popovkin denied reports that personnel had already been reassigned in the aftermath of the accident, indicating that no personnel changes would be made until the commission completes its investigation.

The incident occurred when the Breeze-M upper stage from the August 6 launch fired for only seven seconds instead of 18 minutes, 5 seconds. The  vehicles were detected in a 5010×267 km orbit with an inclination of 49.9 degrees.  The satellites were both insured by Ingosstrakh and Alfa Strakhovanie at $39 million for Express MD2 and $7 million for Telkom-3.

One year ago, another Breeze-M malfunction resulted in a misorbited satellite that ultimately splashed into the Pacific Ocean in a controlled reentry. 11 Breeze-M upper stages were been successfully deployed between the incidents.

Below, a view of the four orbiting objects: