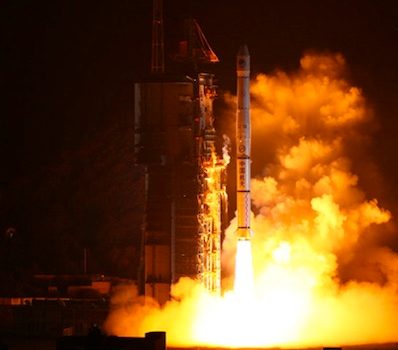 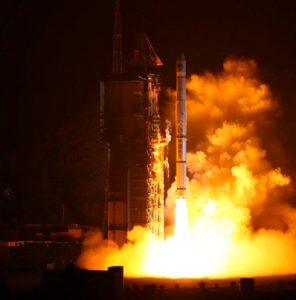 The launch of a BeiDou-2 Compass navigation satellite on December 1st atop a Long March 3A booster is the 16th successful launch by China in 2011, breaking the previous Chinese record for annual launch activity set in 2010. Lifting off from Xichang Space Center at 21:07 GMT, the satellite is destined for an inclined geosynchronous orbit as part of the Chinese COMPASS Global Navigation Satellite System (GNSS).

Two more satellite launches by China are planned for December, including Nigcomsat-1R, a replacement for the Nigerian Nigcomsat-1 which failed in orbit in 2008, and Zi-Yuan 3, a Chinese Earth observation satellite. If both launches are successful and on time, China would surpass the United States in space launches for the first time since it became a launching state in the 1970s, making it the second-most active launching nation behind Russia.

The BeiDou-2 satellite is the 10th satellite launched into the COMPASS constellation, intended to provide similar service to the US-operated Global Positioning System (GPS) by offering commercial positioning accuracy of approximately 10m, with higher-accuracy service available exclusively for the Chinese military. When complete, COMPASS will consist of 35 satellites: 27 in Medium Earth Orbit (MEO), 5 in geostationary (GEO) orbit, and 3 in an 55-degree inclined geostationary orbit (IGSO). The first COMPASS satellite was launched in 2007, with the entire system expected to be operational in 2015.

The video below shows a previous COMPASS satellite launching atop a Long March rocket in December 2010.
[youtube http://www.youtube.com/watch?v=G0nH2iPOzL8&w=560&h=315]