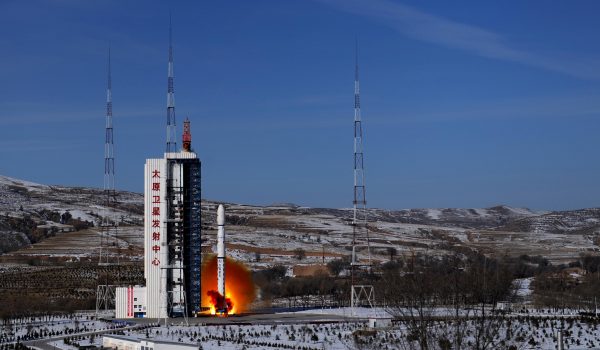 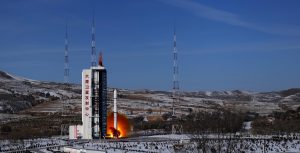 China launched a remote sensing satellite from Taiyuan Satellite Launch Center on December 22, 2011 marking a milestone in China’s space program.  For the first time, China surpassed the United States in launches conducted from its territory launching 17 rockets compared to the United States’ 16.  The satellite, Ziyuan I-02C, was launched at 11:26 am local time aboard a Long March 4a rocket.

The milestone caps a prolific year for the Chinese space program, which among other events, included the launch of the orbital space module Tiangong-1, which is a test-bed for a space station that China plans to assemble in the 2020 time-frame.  China marked another first for its space program when the Shenzhou-8 unmanned space capsule rendezvoused with Tiangong-1 and performed multiple dockings.

China’s momentum in its space program will continue next year with at least two more launches of the Shenzhou capsule to rendezvous with Tiangong-1, including at least one manned mission that may include China’s first female taikonaut.  Also included in China’s 2012 launch manifest is its first high-resolution civil mapping satellite, Ziyuan III, sometime in January 2012 as well as additional satellites in its indigenous global navigation satellite system Bediou.