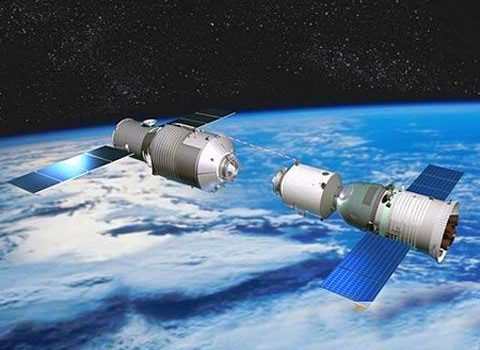 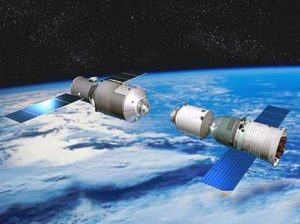 The Tiangong-1, the first experimental Chinese space station module, has been launched on September 29, 2011, at 09:15pm (1315 GMT) from the Gobi desert in China’s northwest. The 8.5 tons Tiangong-1, Chinese for “Heavenly Palace”,  lifted off ontop of a Long March 2F rocket, the same launcher used for the manned Shenzhou spacecraft. The spacecraft separated successfully from its carrier rocket ten minutes into the launch, entering into a 200 km orbit where it deployed its solar panels. According to Xinhua, the Chinese Premier Wen Jiabao was present at the launch center during the take-off, while President Hu Jintao watched the launch from a space flight control centre in Beijing.

An unmanned Shenzhou VIII spacecraft will be launched later this year to test automatic rendezvous and docking, a necessary step in the direction of assembling a larger space station. If the unmanned test will prove successful, two manned mission will follow in 2012. Automatic rendezvous and docking are complex operations, that require mastery over technology, procedures and orbital mechanics.  According to French researcher Isabelle Sourbes-Verger, the mission success would put China “in a potential position to one day access the International Space Station (ISS).”

The launch of Tiangong-1 (Credits: CCTV).

The Chinese space program started in 1990, and it is based on technology acquired from Russia. In October 15, 2003, China launched its first taikonaut, Yang Liwei. On October 12, 2005, Fei Junlong and Nie Haisheng performed a 5 days mission. In September 25, 2008,  a three man crew with Zhai Zhigang, Liu Boming, and Jing Haipeng performed the first EVA. If the Tiangong-1 program will be successful, China will have reached a development similar to those of the Russian program of the early ’70s, when they deployed and operated the Salyut 1 space station.