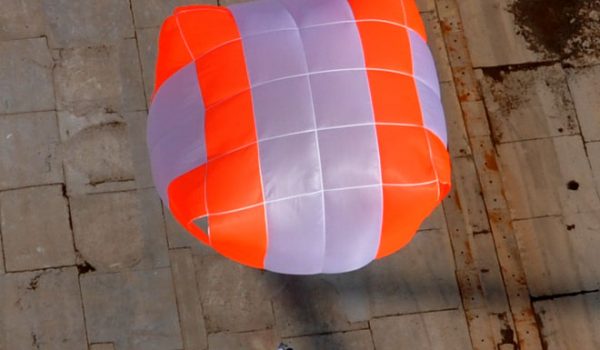 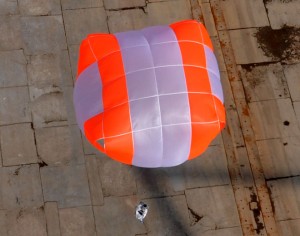 On March 17, Copenhagen Suborbitals performed the first drop tests on their main parachute for space capsule Tycho Deep Space. Although limited in height, the test was deemed a success.

The parachute, like the rest of Tycho, is a do it yourself construction of Copenhagen Suborbitals, co-founded by Kristian von Bengtson and Peter Madsen. They founded the company in 2008 with the goal of launching themselves into space. Subtitled “Absolutely No Rights Reserved,” the organizations aims to demonstrate an open-source non-profit alternative to the big government approach to space flight. The duo now have dozens of hardware tests under their belts and assistance from local volunteers and donors forwarding their vision.

Copenhagen Suborbitals plans to conduct further tests to validate the parachute slider mechanism, possibly via airplane deployment. An von Bengtson noted in his account of the test “If the sliders seems to be working ‘fine’ on ground the plan is to push [parachute advisor] Mads Stenfatt out of a plane with our parachute.”

The video below is a TED talk Kristian von Bengston delivered in 2010 about Copenhagen Suborbitals: