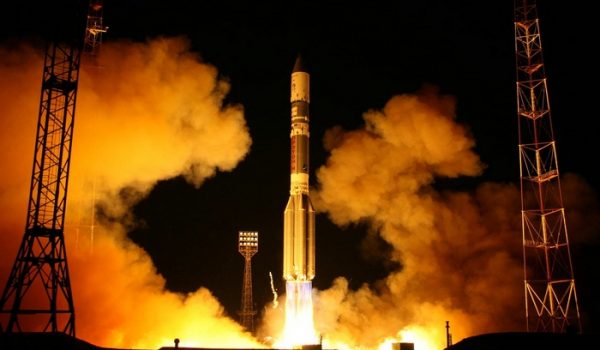 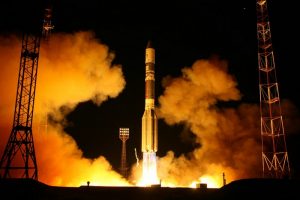 Russia’s Proton-M rocket lifted off with SatMex-8, a Mexican communication satellite, from Baikonur Cosmodrome, on March 26. It is the first launch since a glitch involving the Briz-M resulted in an insertion failure, on December 8, 2012.

The blastoff occurred at 7:06 p.m. GMT. The satellite will separate from the Briz-M upper stage at 4:19 a.m. GMT the following day. The launch was initially scheduled for December 27, but it was postponed following the investigation into the Briz-M anomaly, when the satellite separated four minutes early. The result of the investigation cleared Proton/Briz for future launches.

Satmex 8 will be delivered to a Geostationary Transfer Orbit after a 9 hour mission, in which Briz-M will make five main engine burns to increase the orbital altitude. Satmex 8 is a commercial communications satellite based on the flight proven LS-1300. The 5474-kilomgram satellite operating in C-Band and Ku-band, will provide broadband, voice and data transmission, and video broadcasting from geostationary orbit to North America, Latin America, South America and the Caribbean. Satmex-8 is intended to replace Satmex-5 for a planned mission duration of 15 years.

Although Proton has been fully cleared and reinstated in service, International Launch Services (ILS), which is a U.S.-Russian joint venture created to sell commercial Proton launch services, has been forced to cut prices to its customers following worries over insurance costs. The insurance industry raised their rate for Proton rocket launches following the three launch failures over the past two years.

“A year ago we were within one-quarter or one-half a point of Ariane…we would be a couple of points higher today” said ILS President, Philip R. Slack, of their main competitor, Arianespace. “We obviously needed to respond to market pressure. We expect to be able to bring those rates back down with seven Proton launches in the next six months.”

To regain customers and insurances confidence, Proton has to carry out impeccably and without any further delays the seven launches planned in 2013. “We need a string of launch successes, and we think when this happens Proton will win back the confidence of the market.” remarked Slack, indicating the objectives to achieve for 2013.

If Satmex-8 launch is confirmed successful, the next appointment will be for mid-April for the Canadian communication satellite Anik G1, operated by Telesat.