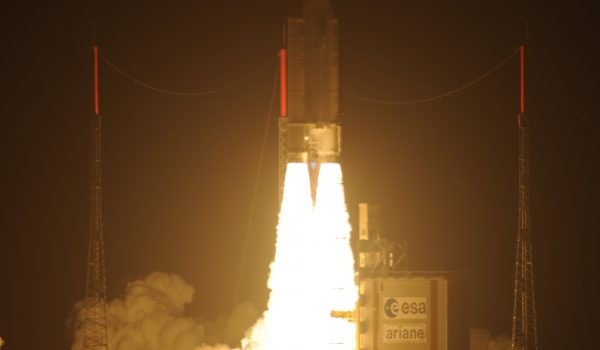 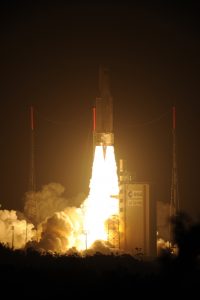 ESA’s ATV-3, named after Italian physicist and space pioneer Edoardo Amaldi, lifted off from Kourou, French Guiana, today at 04:34 GMT (05:34 CET, 01:34 local) atop an Ariane 5 rocket. According to ESA officials, “it’s the heaviest load of cargo ever delivered to the station by a robotic spacecraft”

This is the third successful launch of an ATV. With a dry mass of almost 10 metric tons, the 10.7m long and 4.5m wide spacecraft is the biggest ATV ever build with European technology to supply the ISS with 8 tons of cargo, including food, water, propellant, system hardware, and scientific experiments. During its 5 months in orbit, the ATV will also reboost the ISS using its own engines. The capsule’s atmospheric reentry is planned for August 27th this year. Two more ATV are scheduled to be launched to the ISS in 2013 and 2014. They will be named after Albert Einstein (ATV-4) and Georges Lemaitre (ATV-5) respectively.

Watch ATV-3 launch in the recording below: