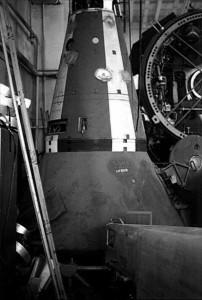 Private space company Excalibur Almaz Incorporated (EAI) signed an unfunded Space Act Agreement with NASAto work together on second development round of NASA’s Commercial Crew Program. This cooperation aims at accelerating the availability of US transportation capabilities for commercial crew, as well as reducing the gap in American human space flight.

The Space Act Agreement should encourage the technical information exchange between NASA’s Commercial Crew Program Office and EAI, which is an branch of a same name company based on the Isle of Man. The Commercial transportation system developed by Excalibur Almaz is mainly based on decommissioned equipment purchased from Russia, which has been extensively flight tested in the 1970’s, although never with a human crew on board. As EAI’s Chief Executive Officer Buckner Hightower said “the commercial transportation system is based on the use of a proven reusable re-entry vehicle pressure vessel that has the only existing flight proven emergency escape system.” According to Buckner, this feature gives EAI a big advantage on the commercial space flight market. 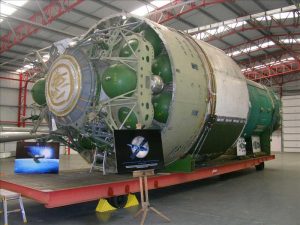 One of the space stations owned by Excalibur Almaz (Source: isleofman.com).

EAI is planning to utilize soviet based retro rocket, attitude control subsystem and parachutes shall be used. Flight-proven propulsion subsystems and guidance, navigation and control components will be provided by Astrium whereas Paragon is going to be responsible for the Environmental Control and Life Support System. The spacecraft will adopt NASA’s docking system, with system engineering and integration  performed by Lockhead Martin

The Space Act Agreement activity should continue through May 2012. The EAI team already managed to conduct several technical and program level design reviews and is working towards a Critical Design Review for all upgraded elements.

In the video, below, presentation of Excalibur Almaz hardware during an open day.