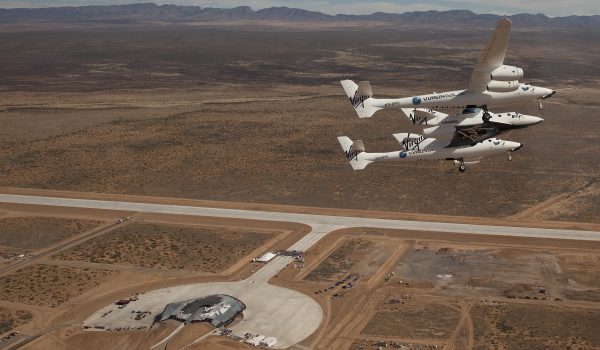 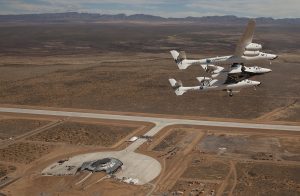 New Mexico has the only official Spaceport America, host of Virgin Galactic’s suborbital hub, but other states are clamboring for their own spaceports (Credits: Mark Greenberg).

On September 25, the US Federal Aviation Administration announced the awarding of new Space Transportation Infrastructure grants. The grants, totalling $500,000, are expected to help commercial space projects in California, Colorado, and Hawaii.

“These investments will help us continue to develop a safe and robust commercial space industry in the United States,” said U.S. Transportation Secretary Ray LaHood.

A $23,750 grant to the East Kern Airport District of California’s Mojave Spaceport will enable aquisition of a pyrolance, which uses a jet of high pressure water mixed with granite to quickly bore through surfaces, enabling rapid rescue operations and reaching launch vehicle fire sources quickly. More substantive awards of $250,000 and $200,000 were made to the Hawaii Department of Business, Economic Development and Tourism and the Colorado’s Front Range Airport Authority respectively. These grants will match funds spent on environmental and feasibility studies associated with qualifying state facilities to launch space vehicles. The Front Range Airport has declared its intention of operating as a suborbital spaceport, hosting tourist and point to point flights and set up partnerships with most of the commercial suborbital companies likely to be operating in the next few years. Earlier in 2012, Hawaii’s legislature approved moving forward with plans for Spaceport Kalaeloa, including application to the Federal Aviation Administration for licensing and funding. Hawaii is already strongly invested in space, playing host to several powerful telescopes and the International Lunar Research Park for rover and robotic development.

Check out the workings of a PyroLance in the promotional video below:

This article was updated on October 30 following a tip from alert reader Clark Lindsey. As Clark correctly pointed out, the FAA announced these awards on September 25th not Ocotber 25th as originally reported.