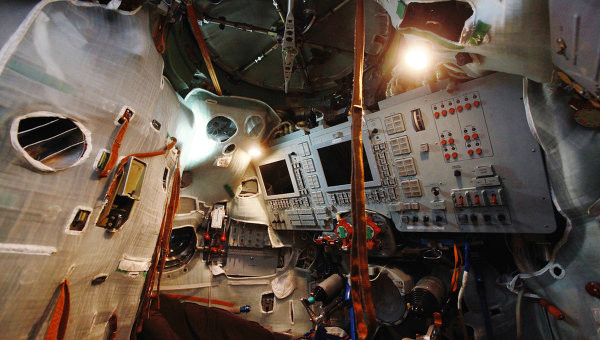 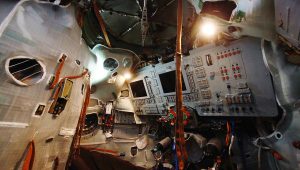 An interior model of the ACV (Credits: RIA Novosti).

On July 18, Roscosmos chief Vladimir Popovkin  announced that the Advanced Crew vessel (ACV), a six seater ship capable of flying to the moon, would be delayed by at least two years. Under the new schedule, the ACV could be ready for test flight in 2018.

The ACV will takeover flights now handled by the Soyuz capsule. Russia’s Soyuz vessel has been among the most used and most reliable spacecraft in the history of manned exploration. The recent announcement may retain the Soyuz as crew capsule of choice for several more years.

The advantage of the ACV, aside from accomodating twice the crew complement of the Soyuz, is intended to be its versatility. The craft could be deployed for “long automated missions, or moon missions, or to a space station between Earth and the moon, or beyond the moon,” says Popovkin. The ACV will use rockets to land, unlike Soyuz’s ballistic reentry which can sometimes result in a bumpy ride and off-target landings. 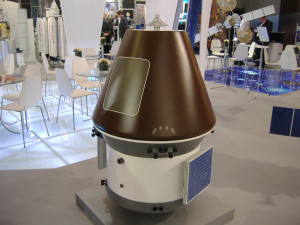 The new ship is being developed as an expendable vehicle, although there are already plans to convert to reusable in the future. Developing a reusable craft depends “primarily on thermal-protective coatings, and we have different approaches to solving that issue,” according to Popovkin.

In addition to the schedule change, the ACV is now slated for a different launcher. Originally, a new rocket was to have been developed for the capsule, called the Rus-M. But the Rus-M project was cancelled in 2011. Since that time, ACV development has continued without an identified launcher. Roscosmos has now indicated that ACV will perform its first test flight aboard the Angara A5. Angara A5 was originally developed to support robotic missions only. The Angara rocket family itself has been under development ever since its initial approval in 1995. With the new plan to launch ACV aboard Angara A5, the Angara family will now be prepared for man rating.