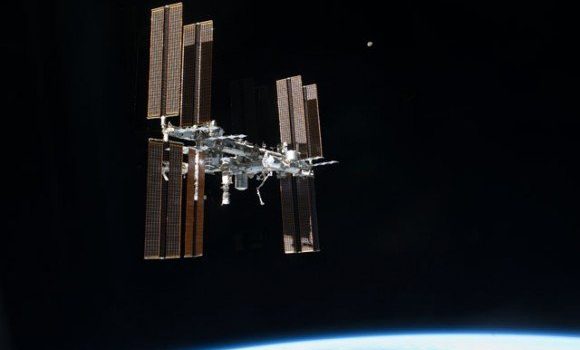 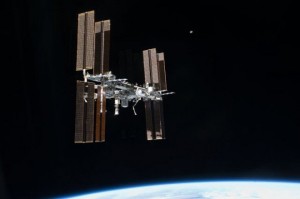 In a statement on Jan 12, NASA announced that Flight Director Emily Nelson had approved an avoidance maneuver of the ISS to avoid hitting a small but high-velocity piece of space debris. The maneuver was performed as planned on January 13, with a 54-second burn of the Zvezda service module’s engines at 11:10 AM EST raising ISS’ orbit by 1.5 kilometers to an average altitude of 391.4 km and succesfully avoiding the object.

“At this point indications are that the debris avoidance maneuver was carried out as planned and carried out successfully,” NASA commentator Pat Ryan said on NASA TV. “The crewmembers continued their work onboard while the burn happened this morning.”

The 10-cm piece of debris had been expected to pass twice within 1 mile of the ISS with “the potential of a collision” according to the Thursday announcement. A collision of an object of that size could easily result in a rupture of the pressurized section of the space station.

A regularly scheduled orbit maintenance burn had already planned for next week in anticipation of the launch and subsequent docking of a Russian unmanned Progress supply capsule; however, the burn needed to be moved up to reduce the likelihood of a collision.

The debris in question is part of the large debris cloud created in 2009 during the highly-publicized collision between the Iriduim 33 satellite and the defunct Russian Cosmos 2251. The maneuver is the 13th time since 1998 that the ISS has been forced to alter its altitude to avoid space debris.

The video below shows footage of the ISS control center on June 28th when a close pass with space debris forced the ISS crew to take shelter in the Soyuz escape vehicles.
[youtube http://www.youtube.com/watch?v=5E4FbNl4dfk]