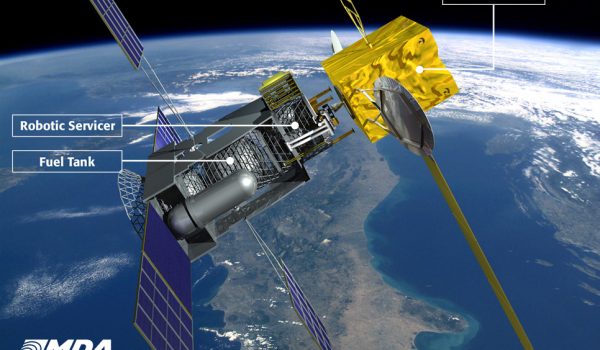 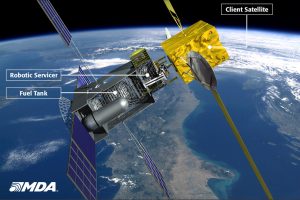 MacDonald Dettwiler and Associates Corporation (MDA) and Intelsat announced January 16th that they would be canceling their collaborative agreement involving MDA’s Space Infrastructure Services (SIS) project, in which MDA would develop a satellite capable of refueling and servicing other satellites already in orbit. Intelsat had agreed to invest 280 million USD to finance the inaugural mission, which would have seen the SIS satellite visit some of Intelsat’s 50 currently operating satellites.

“We had an agreement that we were going to jointly investigate the concept of the SIS,” said Intelsat Investor Relations Vice President Dianne J. VanBeber in a statement to Space News. “At the completion of the investigation stage, we determined that the project would end. We remain very interested in refueling and SIS, and will continue to explore potential solutions to refueling. It is obviously a complex initiative, and one that requires a marriage of technology and commercial creativity.”

MDA has stated that it has not completely abandoned the idea of on-orbit satellite servicing, and would be submitting a bid to an upcoming US government contract calling for proposals on satellite repair missions. Although the US Air Force had initially expressed interest in the SIS system, it has already financed replacement satellites for those it currently operates and consequently does not yet require on-orbit servicing.

In addition to offering benefits in terms of extending the lifetimes of satellites, on-orbit satellite servicing could also help alleviate the ever-worsening problem of space debris by providing enough propellant to de-orbit aging satellites. On-orbit servicing could eventually even be applied to the removal of old, deactivated satellites that have been left adrift in orbit. These non-functional satellites, sometimes referred to as “zombie” satellites, contribute to the Kessler syndrome, in which orbital debris collides with satellites and other debris in a self-sustaining cycle that generates more and more debris and further increases the risk associated with spaceflight.

The video below shows an animation of the MDA-developed DEXTRE robotic manipulator that could be used on a servicing satellite.
[youtube http://www.youtube.com/watch?v=fE9rhVGnFBQ&w=560&h=315]