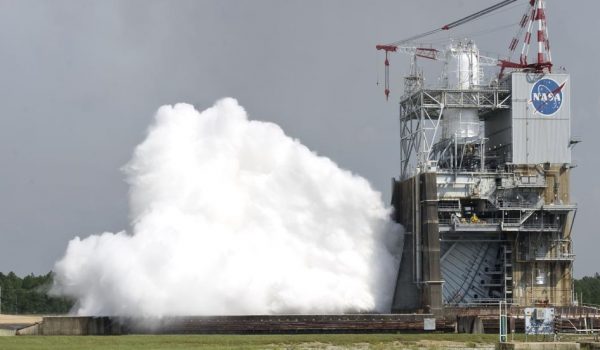 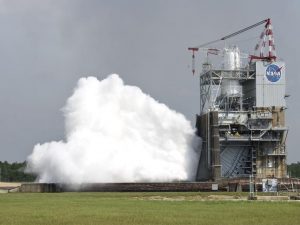 Source NASA: NASA conducted a 40-second test of the J-2X rocket engine Sept. 28, the most recent in a series of tests of the next-generation engine selected as part of the Space Launch System architecture that will once again carry humans into deep space. It was a test at the 99 percent power level to gain a better understanding of start and shutdown systems as well as modifications that had been made from previous test firing results.

The test at NASA’s John C. Stennis Space Center in south Mississippi came just two weeks after the agency announced plans for the new SLS to be powered by core-stage RS-25 D/E and upper-stage J-2X engines. The liquid hydrogen/liquid oxygen J-2X is being developed for NASA’s Marshall Space Flight Center in Huntsville, Ala., by Pratt & Whitney Rocketdyne.