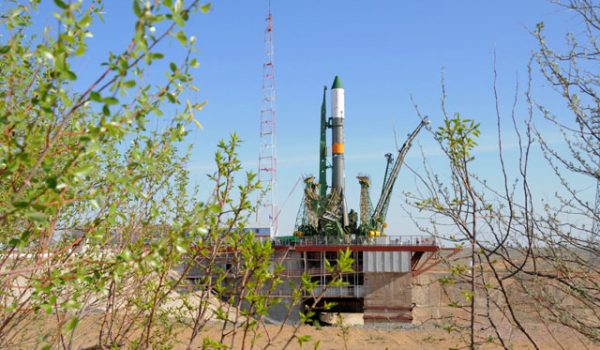 An unmanned Russian Progress M-12M spacecraft carrying 2.9 tonnes of supplies for the ISS has crashed into the Altai region of Siberia in Russia following a malfunction of the Soyuz carrier rocket right after launch. This is the first failure of this family of spacecraft in over 30 years of activity. 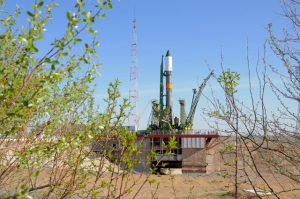 The Progress 44 lifted off from the Baikonour cosmodrome at 13:00:08 GMT on August 24 on top of a Soyuz-U launcher, heading to a clear sky. According to the Russian Federal Space Agency, the Mission control in Korlev lost contact with the spacecraft 325 second into the flight, during the third stage engine burn. The engine failure prevented the spacecraft from reaching the required orbital velocity. The Progress fell down back to Earth, over the Altai region in Siberia, about 1500km from the launch pad. According to Alexander Borisov, head of the Choisky district of the Altai region, a loud explosion, powerful enough to shatter windows, was heard over the area. No injury has been reported as a result of falling debris.

The Progress spacecraft is an automated expendable cargo vehicle that have been used to deliver fuel and supplies to all the Russian space stations since Salyut 6. The Progress spacecraft have been used to resupply the ISS three or four time a year since 2001. Designed after the Soyuz manned space capsule, the Progress is a fully automated spacecraft composed of three sections: a pressurized forward module, a fuel compartment and a propulsion module. The pressurized module is a 7.6 m³ unit, which can carry up to 2.5 tons of cargo, depending on how much fluid is loaded in the fuel compartment. The fuel compartment, which replaces the Soyuz reentry module, is an unpressurized section with eight tanks which can hold up to 1,7 kg of fuel and oxidizer. The propulsion module, located at the rear of the spacecraft, is used to pilot the spacecraft during docking and to boost the orbit of the station once docked.

According to Roscosmos, an investigation committee involving industry and agency representatives has been nominated during a meeting called by V.Popovkin on August 24 night. Several sources reported that all Soyuz launches have been put on hold, even though the Russian Space Agency has not confirmed yet. This is the fourth failure Russia experienced since December last year, when three GLONASS satellites crashed into the Pacific Ocean after launch. In February, a strategically important military satellite, Geo-IK-2, was lost for a technical failure of the Briz-KM upper stage, launched on top of a Rokot launch vehicle. On August 17, just a week before the ill-fated Progress launch, a telecommunication satellite failed to reach orbit, leading Roskosmos to ground the Proton-M carrier rocket. 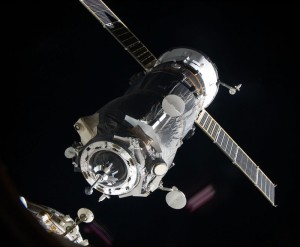 The Soyuz rocket used for the Progress belong to the same family of rocket used to launch the Soyuz manned space capsule. The next manned flight to the ISS is scheduled for September, followed by a cargo delivery in October. According to G. Raikunov, Directot of TsNIIMash, the institute of the Russian aeronautics and space agency, the manned launches would be postponed only if the failure would be identified in a system common for both launcher types Soyuz-U and Soyuz-FG. He also specified that if the problem would be serious the delay would be at least one month but if it would be “simple” problem, like the failure of a sensor, it could be shorter. In the meantime, Roskosmos removed all reference to future missions from its official website. 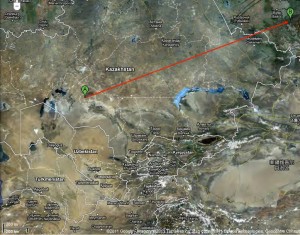 The Soyuz-U 3rd stage with the Progress ship attached fell on the ground some 1,500 km from the launch pad (Source: News from Moscow).