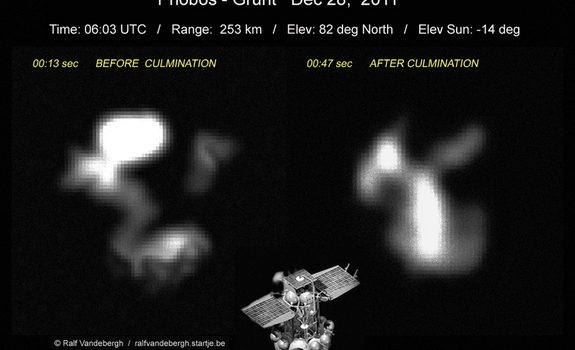 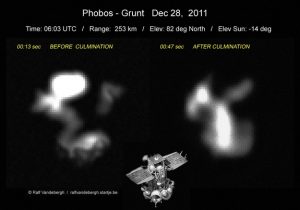 In a statement given to Russian newspaper Izvestia, Roscosmos chief Vladimir Popovkin hinted that American interference could have caused the failure of the Phobos Grunt probe, now expected to reenter the atmosphere sometime this month. Although the statement made reference to the fact that the malfunction occurred while the probe was over North America and Western Europe, it carefully avoided directly accusing anyone in the US or Europe of intentionally disrupting the probe.

“I do not want to blame anyone, but these days there are very powerful means to influence space vehicles” said Popovkin. “We do not understand frequent failures of our space vehicles when they fly over the shadow, for Russia, part of the Earth. Right there we are unable to see the vehicle and to receive its telemetry.”

Popovkin also stated, however, that several programmatic issues also likely contributed to the failure of the probe, including the high degree of technical risk of the mission. He also added that some parts used on the probe were approaching the end of their usable lifetimes due to project delays, resulting in the final stages of development being rushed to meet the 2011 launch window.

The exact cause of the malfunction of the probe has not been precisely determined, due to a lack of reliable telemetry since the probe first lost contact. Even if claims of intentional interference from abroad could be substantiated, however, Russia would be unable to bring a successful case against the perpetrator to the International Court of Justice. Current space law governing damages to objects in space only  considers damages caused by direct physical impact with another object, not by electronic jamming or any other means of disruption.

Accusations of interference with the probe are not new; in November 2011, Russian General-Lieutenant Nikolay Rodionov publicly stated that electromagnetic interference from the High Frequency Active Auroral Research Program (HAARP) site in Alaska “may have affected the control system of the interplanetary probe.” However, analysts have since reported that such claims are likely unfounded.

The video below shows an animation of the intended Phobos Grunt mission, and its now imminent reentry.