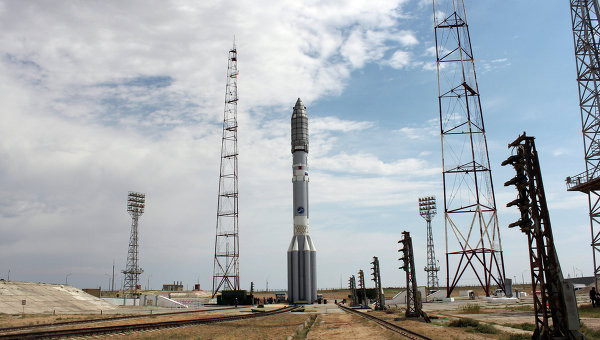 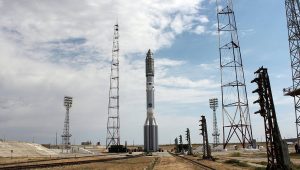 Proton-M on the launch pad at Baikonur. The rocket suffered 3 failures in the last 18 months (Credits: Ria Novosti).

The management of the Russian Federal Space Agency (Roscosmos) has reviewed and approved the report provided by the commission investigating the Proton launch anomaly which occurred during the Yamal-402 mission on December 9, 2012.

The International Launching Service (ILS) has now formed a Failure Review Oversight Board (FROB) to review the report and the required corrective action plan in accordance with U.S. and Russian export control regulations. The FROB has been organized to provide an independent review of the investigation to determine the anomaly’s root cause and decide which corrective actions to adopt before the Proton can return to commercial flight.  The ILS will release the commission’s report only after the document has been cleared by Russian security during the week of January 21.

The anomaly in question occurred during the 4th and final burn of the Breeze-M engine. The final burn ended about 4 minutes early on a planned mission of almost 9 hours. Consequently, the Yamal-402 satellite, built by Thales Alenia Space for Russian satellite operator Gazprom Space Systems, was separated earlier to save the mission. Although the ILS declared the satellite fully operational after the in-orbit testing on January 8, 2013, the extra propellant used during the rescue operation resulted in a reduction of the satellite’s operational life span by 4 years. While waiting for the official report, an industrial source reported by Anatoly Zak from Russianspaceweb.com, attributed the anomaly to a prolonged exposure to sunlight between the 3rd and 4th firing of the Breeze-M’s engine. The exposure affected the propellant’s viscosity and caused cavitation during the 4th burn.  As a result, a ball-bearing assembly in the engine broke and a propellant line was cut off, leading to a premature shutdown of the engine.  To correct the problem, engineers planned to increase the amount of pressurization in the Breeze-M’s propellant system and to schedule coasting periods between engine firings to give more time for the cooling off of the propellant.

The December’s Breeze-M launch anomaly was the 3rd failure in 18 months for the Proton heavy-lift rocket.

Below, construction highlights of Yamal-402 and its launch vehicle: