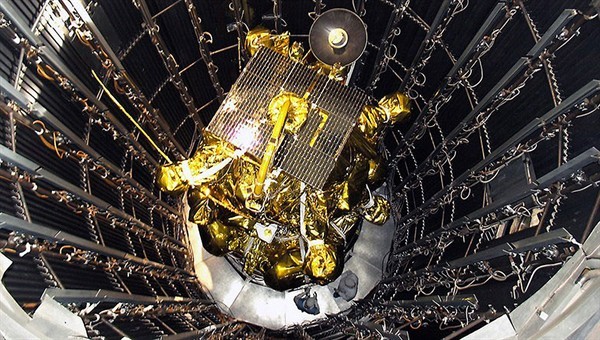 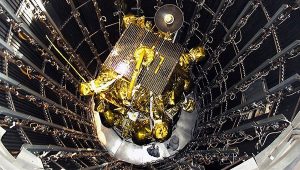 As of 21:00 GMT November 13th, ground controllers in Baikonur have been unable to reestablish communications with the ailing Phobos-Grunt probe, despite efforts to contact the probe overnight on November 11th and during the day on November 12th.

There are growing concerns that if the probe were to reenter the atmosphere over a populated area, its 10 tons of hydrazine could pose a serious health risk. In addition to the toxic fuel, the large overall mass of the probe greatly increases the likelihood of fragments surviving reentry to impact the ground. A small amount of radioactive cobalt is also carried onboard, along with a soil-sample capsule designed to tolerate high impact landings. According to Anatoly Zak, author and editor for RussanSpaceWeb.com, the rugged capsule would likely separate from the main body of the falling spacecraft and reach the ground far away from the rest of the fragments in the debris path.

There has been speculation in the Russian media that the Russian military may be considering shooting down the probe prior to it reentering the atmosphere. Such an operation would be similar to the destruction of the USA-193, a US-owned spy satellite destroyed prior to atmospheric reentry in 2008 by a ship-launched SM-3 missile. The USA-193 had been uncontrolled since its launch in 2006, and was destroyed amid concerns that its 450 kilograms of hydrazine posed a health risk.

According to a technical description of the probe published by the manufacturer of the spacecraft NPO Lavochkin and posted on the Novosti Kosmonavtiki online forum, the probe was designed to function entirely without ground contact during the transfer between the initial parking orbit and the transfer orbit. Consequently, attempts to establish contact with the probe have thus far been improvised.

Despite initial predictions that the probe’s altitude would decay 215 meters by the evening of November 10th, tracking data provided by NORAD indicated that its altitude had instead increased by 138 meters. A further increase in altitude on November 11th, along with a decrease in inclination, could indicate that the spacecraft has been performing some propulsive maneuvers. While such activity could include propellant leaks, if it were the attitude control thrusters firing, it would concur with observations by independent observers that have hinted that the probe’s attitude control system may be operational. Although NORAD previously predicted that the probe would reenter the atmosphere as early as November 26th, the new information could lead to the projected reentry date being pushed back.

The video below is a news report by RT outlining the concerns surrounding the potential reentry of the probe.