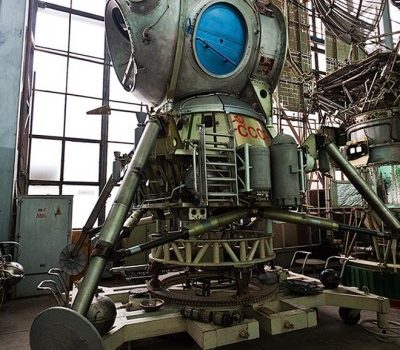 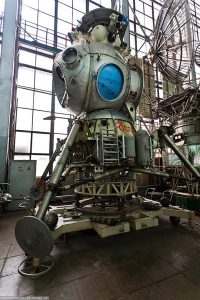 A prototype of lunar lander developed in the '60s for the secret Soviet Moon program.

Russian space agency Roscosmos is planning to send cosmonauts to the Moon by 2030, to perform unmanned mission to Venus and Jupiter, and to develop “a network of permanent research stations on Mars.” According to Russian newspaper Kommersant, the ambitious plan was laid out in a strategy document submitted to the government by the national space agency.

The document outlines the plan to develop a new rocket, the Angara, with a 6 person crew vehicle, replacing the venerable Soyuz, which has been ferrying crew and cargo since the late ’60s. The new rocket will be launched from the new spaceport of Vostochny in eastern Russia,  whose construction began on 2011  in order to replace the Baikonur cosmodrome, located in Kazakhstan, outside Russia’s borders. The Russian plans also envisions a space station in Moon orbit, to be launched between 2020 and 2030, after the International Space Station will have reached its end of life. According to the source, the program will be conducted “in cooperation with foreign partners.”

The program appears incredibly ambitious giving the embarrassing list of failures recently experience by the Russian space program, including the August 23 failure of Progress M12-M, which caused temporary grounding of the Soyuz launches, opening up the possibility to leave the ISS uncrewed for the first time in 11 years. Yet, the Russian Soyuz will be the only means to reach the ISS for years ahead. “Russia should not limit itself to the role of an international space ferryman,” said president Vladimir Putin in an interview, “we need to increase our presence on the global space market.”

Check the interactive infographic “The Future of the Russian Space Program” on Ria Novosti website. In the video, below, a small documentary of the successful Soviet Lunakhod Moon Rover of the early ’70, first tele-operated planetary rover.