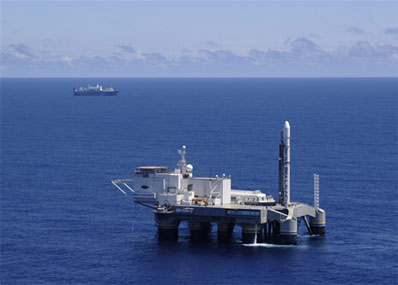 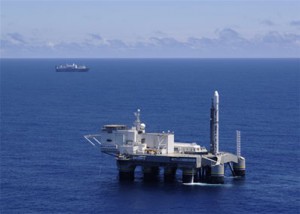 Sea Launch has closed the official investigation into the Zenit 3SL’s failure which occurred on February 1, 2013. According to the firm, the mishap was caused by a faulty hydraulic pump used to steer the Zenit 3SL booster during flight.

“The pump failure was the result of contributing factors associated with a pump manufacturing process that proved difficult to control,” reported Sea Launch in a statement.

The failure occurred when the Zenit rocket veered off a few seconds after the liftoff from the Odyssey mobile launch platform. The rocket’s computer detected a change in the planned flight course, triggering the Russian first stage engine’s emergency shutdown and safely terminating the launch.

The hydraulic power supply unit, which pressurizes the hydraulic oil feeding the engine gimbal actuators, failed about 4 seconds after liftoff due to “abnormal performance” of the pump. The actuators are supposed to direct the engine’s thrust in order to guide the rocket on the planned trajectory.

The rocket and its payload, the Intelsat 27 communications satellite, crashed into the Pacific Ocean a few kilometers from Odyssey, which was positioned at the equator. The platform is located at the equator during launch operations to take advantage of the performance boost gained from the higher speed of Earth’s rotation at the equator. Thanks to this free boost in speed, Sea Launch’s Zenit rockets can place heavier satellites into geostationary orbit. Zenit is a Russian-Ukrainian collaboration where the rocket’s RD-171M main engine is built by NPO Energomash in Russia, while the two main stages are manufactured by Yuzhmash in Ukraine.

The failure marked the fourth problematic launch on a total of 35 flights from the Odyssey launch pad. The firm, headquartered in Bern, underwent bankruptcy proceedings in 2010, and have since reorganized under a majority Russian ownership. Odyssey’s port is located in Long Beach, California.

According to Sea Launch officials, the company could launch another Zenit 3SL rocket at the end of 2013, although a payload for the return-to-flight mission has not yet been determined.