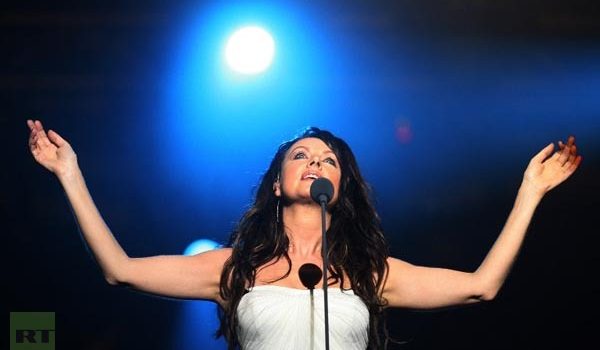 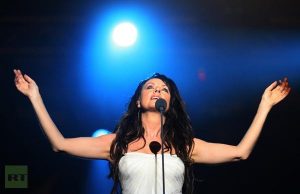 British singer Sarah Brightman, 52, is rumored to become Russia’s next paying space tourist to the International Space Station (ISS), Reuters reported on the 22nd of August. So far, neither Brightman nor Russian authorities will confirm the rumor. Assuming the trip takes place, the singer would make the journey in 2015.

“I think that if we do come to a consensus, then theoretically it can happen,” said Aleksey Krasnov, head of human space missions at the Russian space agency Roscosmos when questioned about Brightman’s trip.

Brightman is apparently in negotiations with Space Adventures, the US broker for Russian flight oportunities. According to NBC News, Brightman visited Russia and received medical approval to begin training at the Yuri Gagarin Cosmonaut Training Centre outside Moscow.  Russian officials remain silent with regard to Brightman’s rumored trip but express optimism with respect to their general prospects for space tourism.

Brightman is renowned for her passion for space -most obviously expressed in her popular 1970’s track, “I Lost My Heart to a Starship Trooper.” She has made no statement as to whether she aims to visit ISS.

Russia has sent seven space tourists to the International Space Station, with a pricetag ranging from $20 million to more than $40 million. Paying passengers who can afford this astronomical sum are taken up in the Russian Soyuz capsule, a three seat craft.  Since the US shuttle program was retired in 2011, Russia is the only nation ferrying crews to the ISS.

Currently, the average ISS mission is approximately six months with acclimatization taking up to one month of that time. Roscosmos has proposed extending the mission duration to nine months to take advantage of increased crew productivity and efficiency, albeit at the risk of increased potential for negative physiological side effects. In 2015, the space station’s partners are considering sending two crew members into orbit for a longer duration flight, in part to document the physiological impacts they would experience using today’s advanced countermeasures. During this mission, there would be opportunity for two short term visitors or tourists to the station.

It remains to be seen if Brightman will be confirmed as the next space tourist to visit the station, a decision dependent on the space station partners and their acceptance of an extension in mission duration.

Below, the launch of Dennis Tito, another Russian space tourist:

This report was based on information from NBC News, RT, and Reuters.