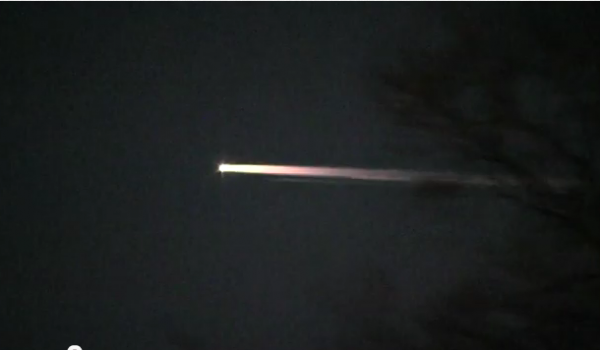 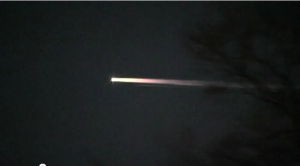 According to Sat Track Cam Leiden Station Blog, the last stage of the Soyuz rocket that brought Dutch astronaut Andre Kuipers up to the ISS in December reentered over Europe, causing a phenomenon that was seen and recorded by multiple witnesses in Germany and in the Netherlands.

“At 17:26 CET (=16:26 UTC) I looked out of the window and saw a strange phenomena just above the rooftops behind us,” said Arnold Tukkers, a witness from Denekamp. “It looked like a very, very slow meteor fragmented in several pieces, like Peekskill but less bright,”  he said.

“I first thought [the meteor] to be an aircraft, but next I found something was not right,” reported Carl Johannink, an experienced Dutch meteor observer, “The thing sometimes brightened and became fuzzy, trailing a circa 8 degree long tail: the whole event looked much alike to the New Years Eve satellite decay of 1978, albeit being somewhat less bright.”

The observation appear to be consistent with information released by USSTRATCOM, which reported 16:25 +/- 1 minute GMT as a reentry time as at 49 deg N, 7 deg E.

The videos, below, has been captured by eye witnesses.