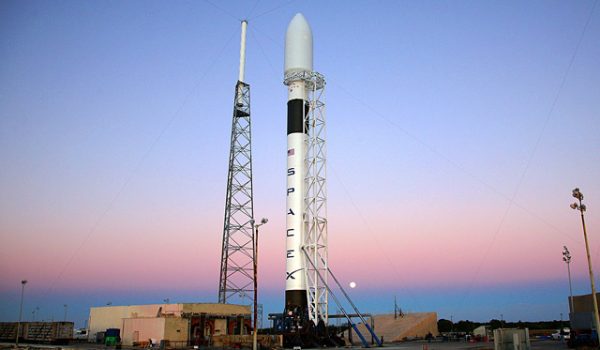 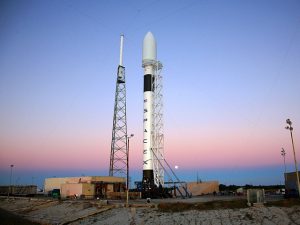 Space Exploration Technologies (SpaceX) successfully completed a 5-hour launch readiness test in preparation for the highly-anticipated launch of their Dragon capsule atop a Falcon 9 rocket on March 1st. The rehearsal, which was held at Cape Canaveral Air Force Station in Florida, included a full countdown and fueling procedure, and went off without any problems.

“We ran down the countdown clock to a planned abort at T – 5 seconds at12:18 p.m.Eastern,” SpaceX spokeswoman Kirstin Brost Grantham told SPACE.com in an email. “The test went well.” She went on to add that SpaceX planned to continue preparations by practicing loading cargo onto the Dragon capsule.

The rehearsal was an important milestone for SpaceX, which hopes to launch the capsule in April and become the first private company to and dock a vehicle with the ISS. SpaceX holds a 1.6 billion USD contract under NASA’s Commercial Crew and Cargo program that seeks to replace the role the Space Shuttle once held in terms of American LEO launch capability with private industry. The original plan had called for the test flight to occur on February 7th, but this was pushed to March 20th to allow SpaceX more time to prepare the vehicle. The date was pushed off again into April due to some “minor issues”, and the exact launch date is now uncertain.

With the Shuttle now retired, NASA’s space policy focuses its resources on developing launch capability beyond LEO with its anticipated Space Launch System (SLS) heavy-lift vehicle. Although NASA is currently reliant on the Russian Soyuz vehicle to carry crew and cargo to the ISS, there is increasing pressure on private American launchers such as SpaceX and Orbital Sciences Corp.

In December 2010, SpaceX launched the Dragon capsule on its maiden voyage and retrieved it successfully; since then, it has been preparing for the second (and final) test flight before commercial servicing of the ISS begins. Orbital Sciences Corp has announced that the maiden voyage if its commercial cargo vehicle, the Cygnus, will occur later this year.

The video below shows the launch of the Dragon Capsule in late 2010.
[youtube http://www.youtube.com/watch?v=cNeev7dkdWw]